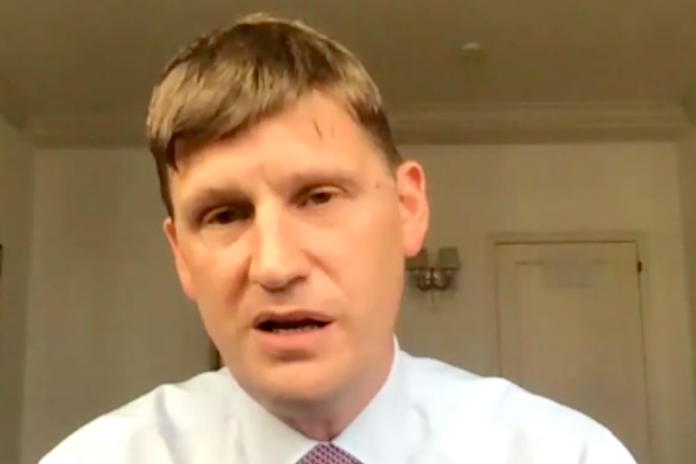 Thank you very much, Mr President, and I want to thank Undersecretary-General Nakamitsu again for another of her briefings.

Mr President, in August 2013, when hundreds of people were killed in a UN-verified Sarin attack on Ghouta, the use of chemical weapons in Syria was regrettably added to the list of violations in an already brutal war. Following that Ghouta attack, this Council unanimously adopted Resolution 2118. In that resolution, we – all of us – condemned the use of chemical weapons in Syria. We endorsed the procedures for destruction of Syria’s chemical weapons programme. We decided that Syria should not produce or use chemical weapons ever again. We decided that they should comply fully with the OPCW and the United Nations. And we noted Syria’s accession to the Chemical Weapons Convention.

Now, Mr President, some Council members would have you believe that this was the end of it, that Syria’s chemical weapons programme was entirely destroyed, that the Syrian regime never used or produced them again, and that any use was by non-state actors or that attacks were staged. They maintained that Syria has and continues to comply fully with the OPCW.

Mr President, however inconvenient they may find the truth, unfortunately their interpretation is not borne out by the facts. Independent United Nations and OPCW fact-finding missions have concluded that chemical weapons have been used in Syria on over 40 occasions since 2014, including the Sarin attack on Khan Sheikhoun on the 4th of April 2017, which killed hundreds, and the chlorine attack on Douma on the 7th of April 2018, which killed dozens of people. These technical missions comprise different experts from many countries who, over many years, all independently came to the same conclusion.

Now, Mr President, it remains impossible, over seven years after Resolution 2118 and following 83 monthly reports from the Director General of the OPCW, for this Council to verify the complete destruction of Syria’s chemical weapons programme. As we’ve been told again by the High Representative today, due to the unresolved gaps, inconsistencies and discrepancies in Syria’s declaration under the Chemical Weapons Convention, that declaration cannot be considered accurate and complete.

The outstanding issues are significant, and they go to the heart of Syria’s compliance – or rather, non-compliance – with the convention for the following reasons:

Since 2014, the number of chemical agents identified by the Declaration and Assessment Team as having been in Syria’s possession has more than doubled when compared to their initial declaration. The fate of more than 400 tonnes of chemicals and thousands of ammunitions is unclear. This includes the whereabouts of 5.2 Tons of DF, which is a key component of Sarin, and 2000 aerial bombs, a delivery system for chemical weapons, including the sarin used in the Khan Sheikhoun incident in 2017.

Since their initial declaration in 2013, the Syrian authorities have themselves admitted to having produced chemical weapons not in the original declaration. That includes Ricin, which the Syrian authorities admitted in 2014. And then Soman, which the regime admitted to in 2016, along with what they call ‘R&D activities’ on Nitrogen Mustard, which they admitted in 2019. Other so far undeclared chemical agents or their precursors or degradation products have been also detected and identified by the OPCW.

Furthermore, the fact that the OPCW-UN Joint Investigative Mechanism and now the OPCW’s Investigation and an Identification Team (IIT) have found the Syrian authorities responsible for using chemical weapons on no fewer than seven occasions is inconsistent with claims that Syria has no chemical weapons capability. And it’s notable that the first IIT report confirms that Syrian-made aerial bombs of the type unaccounted for in the declaration were used as a delivery system for the attacks in Ltamenah in March 2017.

So after six years of outstanding compliance issues and further confirmation of the Syrian regime’s use of chemical weapons, we welcome the robust, proportionate and reasonable action taken by the OPCW Executive Council in its decision of 9 July. The Executive Council accepted the findings of the IIT report, provided a deadline for Syria to comply finally with its obligations and recommended the Conference of State Parties should take actions that Syria failed to comply.

And just as the OPCW Executive Council has a role in upholding compliance with the Chemical Weapons Convention and its own decisions, so the Security Council, this Council, has a clear and distinct obligation to address the repeated breaches of UNSCR 2118. These breaches include: the use of chemical weapons, as identified by both the JIM and the IIT; the retention and production of chemical weapons to carry out attacks; and the lack of full compliance with the OPCW. We should do as we decided in Resolution 2118 and take action in response to noncompliance and the threat to international peace and security. Not to do so would be a dereliction of his Council’s duty.

Mr President, this Council should be able to act in unity on the basis of the findings by two independent bodies, which have identified the perpetrators of these chemical weapons attacks. And so it’s a matter of great regret that some Council members have sought to politicise what should be a nonpartisan issue and have attempted to undermine and block investigations into chemical weapons use in Syria and their perpetrators. They have spread conspiracy theories and disinformation designed to block, undermine and call into question the integrity and reports of the Joint Investigative Mechanism and the IIT.

This disinformation we’ve seen in action today in the form of lengthy, somewhat random assertions about various incidents, which it is claimed undermine the many independent expert teams that have carried out their work. Mud is thrown everywhere in the hope that some will stick somewhere. An anecdotal approach is taken rather than the evidence-based approach, which is taken, in contrast, by the teams carrying out the investigations, which includes the consistency and corroboration of evidence and information obtained from the Fact-Finding Mission, coupled with information obtained through interviews, analyses of samples, reviews of laboratory results and analyses of munition remnants, reports and advice from experts, specialists and forensic institutes, all of which allowed the conclusion to be drawn that units of the Syrian Arab Air Force were responsible for attacks.

By contrast, some Council members would have you put aside the evidence-based approach of independent investigators in favor of what Russian and Syrian military police, engaged in a bloody battle against the Syrian people, say they’ve discovered.

Mr President, when the Council sought to take action on the basis of the findings of the JIM in 2016, Russia used its veto to block it. When the JIM found the Syrian regime was responsible for the chemical attack in Khan Sheikhoun, they used their veto to stop the JIM’s work. When the OPCW Conference of States Parties established its own identification team, they refused to recognise it and have sought since to impugn its cross-regional representation. As many have said today, it’s vital for upholding the international nonproliferation regime that organisations such as the OPCW and the United Nations are able to act without interference and without politicisation of their work.

Mr President, I don’t want to dwell on these issues of division. I believe that the majority of this Council accept the findings of the United Nations and the OPCW and are strong supporters of the OPCW Technical Secretariat, its staff and its integrity. And we hope that when the time comes, members of this Council will act on the evidence and on their conscience.

Mr President, others have mentioned the issue of Mr Alexey Navalny. We are gravely concerned by the poisoning of Mr Navalny by Novichok, a banned chemical weapon. A similar nerve agent, you will recall, was previously used with lethal effect in the United Kingdom. The United Kingdom has full confidence in Germany’s findings, and we stand united with them.

The use of a banned chemical weapon is absolutely unacceptable. As this Council reaffirmed last November in a presidential statement, any use of chemical weapons anywhere at any time by anyone under any circumstance is unacceptable and a threat to international peace and security. The Russian Federation should urgently conduct a full and transparent investigation into this use of a banned chemical weapon and should uphold the Chemical Weapons Convention. We cannot allow this behaviour to become normalized.

It’s difficult not to conclude, Mr President, that Russia’s attacks on the international architecture to prevent the use of chemical weapons are not only designed to protect its Syrian clients, but to protect itself.