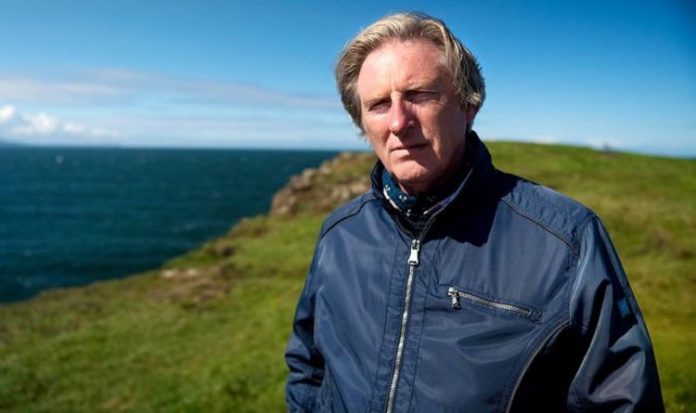 The actor, 62, says theatres, many of them landmark features, are part of the fabric of Britain and must be maintained until audiences are allowed back. Adrian was able to film BBC police drama Line Of Duty during the pandemic, as well as a new TV series exploring Ireland’s west and north coasts.

But while the TV industry has got back on its feet, theatres remain closed. Adrian said: “I do worry about it. I don’t know what can be done.”

The Government has unveiled a £1.57billion Culture Recovery Fund for the arts and Adrian said: “I would hope the Government would still support those small, struggling independent theatre companies and also maybe look to their built architecture.

“We can’t let them get into disrepair. They are part of the fabric of the country.”

Adrian said theatres designed by Frank Matcham, including the majestic London Palladium, the Blackpool Grand and the London Coliseum, were incredible examples of architecture. He added: “I would hope the Government has an eye towards that”.

The Daily Express is running a Raise the Curtain campaign seeking help for theatres and last year venues turned red to say the industry being on “red alert”. Adrian, who played police chief Ted Hastings in Line Of Duty, had to film Channel 5’s Coastal Ireland series under the strictest industry safety guidelines.

He said: “There were only three or four of us at any one time.

“We followed all the procedures and we took the temperatures and did the tests.

“Our business, the film business, seems to have done quite well in convincing the insurers in particular that we have practices that work.

Coastal Ireland sees Adrian, who was born in Enniskillen in the North, reaching the summit of Skellig Michael and swapping stories with salmon fisherman on Carrick-a-Rede.

He said: “It just reminded me of how wonderful travelling the coast is – and that west coast in particular – and why I’ve always been drawn to it ever since I was a kid.

“It’s where we used to go for a holiday.

Adrian said filming the next series of Line Of Duty proved very different because of the pandemic but hoped viewers would find it just as normal.

Asked about the prospect of another series, he said: “I really don’t know that. If the public wants one, we’d all like one.”