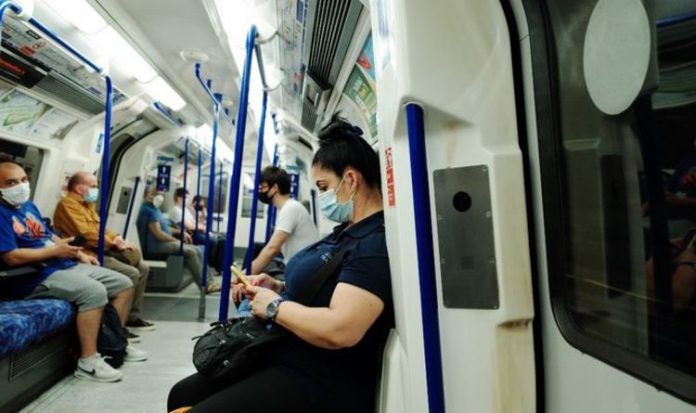 In tests, 6,616 people in England were found to have the virus in the week to August 12, up 27 percent on the previous seven days. At the same time, the number being tested had dropped by two percent, suggesting a climbing infection rate was behind the sharp rise. Paul Hunter, professor in medicine at the University of East Anglia, said: “The fact that positive diagnoses have risen at a time when the number of tests are remaining fairly static does suggest that the incidence of Covid-19 in the community is now beginning to rise again.

“Clearly if this trend continues the demands on the test, track and trace service and on the NHS will increase over coming weeks.”

The NHS Test and Trace report warned there had also been “a notable increase” in positive cases in Pillar 1 tests – swab testing in Public Health England labs and NHS hospitals for those with a clinical need, and health and care workers – for the first time since the service launched.

This could indicate a rise in the number of people feeling ill enough to seek medical help rather than request a home test.

Dr Yuliya Kyrychko, from the University of Sussex, said: “Most worryingly, the increase in Pillar 1 cases, which are the ones done in hospitals, is up by a staggering 34 percent compared to last week, indicating that the number of people requiring hospital visits or care workers has grown even more substantially.”

Meanwhile, a top academic has warned of a second wave of coronavirus and a difficult winter ahead. Professor Sir John Bell, professor of medicine at the University of Oxford, said he thinks there is a “really bumpy” winter on the way, especially with the additional risk of flu.

He said: “My bet is that we will get a second wave, and the vaccines won’t get here in time to stop the second wave.

“And I’m not sure the new home testing is going to get there in time either. But it perhaps will take the edge off.”