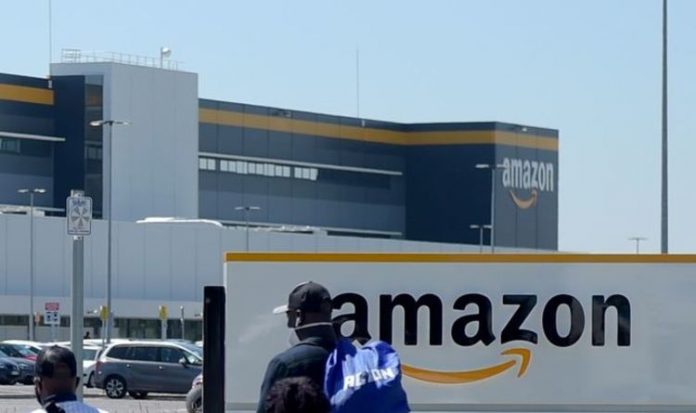 Staff at a large Amazon warehouse have been evacuated after a fire broken out at the fulfillment centre, the Daily Star reports.

The Scottish Fire and Rescue Service confirm that they arrived at the scene around 10pm on Thursday night, and are still there.

The warehouse is one of the largest in Britain and is the size of around 14 football pitches.

The building has been evacuated as crews from two fire stations fight the blaze.

It is believed the fire is on the second floor.

Speaking to The Courier, a spokesman: “The building has been evacuated. Crews are there from Dunfermline, Lochgelly, and the height appliance is from Kirkcaldy.”

Pictures show smoke rising from the building that sits on Sandpiper Drive as well as many members of evacuated staff in tin foil blankets for the cold.

The fire service has announced that nobody has been injured in the incident.

They say the fire has been located and crews are working to extinguish the flames.

This is one of muliple large fires to be tackled in Scotland over the past few weeks.

Three Scottish Fire and Rescue Service crews were deployed to the scene, as well as police officers.

A spokesperson for the SFRS said at the time: “We are currently in attendance at a fire at Hairmyres Hospital, East Kilbride.

“We received an alert around 9.45pm and operations control mobilised three appliances.

“Firefighters remain on the scene.”

The medical facility has capacity for 492 patients and its A&E ward treats patients from different areas of the county.