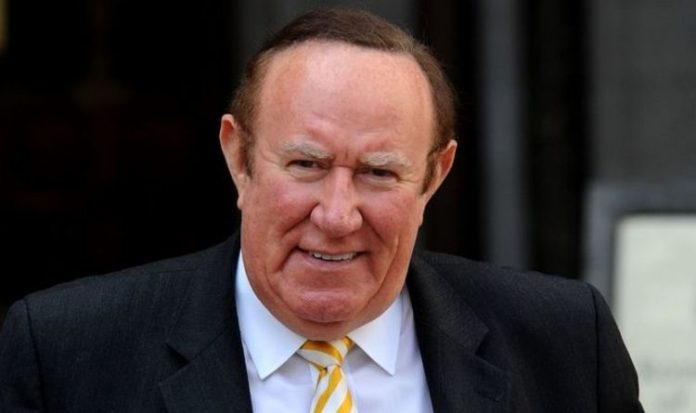 The veteran broadcaster addressed questions from his followers on social media who are eagerly awaiting the introduction of GB News. One man tweeted the 71-year-old, saying: “Andrew can you answer my question? When are we getting GB News? So many people are sick of the BBC and Sky News.”

He will be chairman of the new channel and will host a daily show on the platform.

The former Sunday Times editor will be at the helm of the 24-hour news channel which will compete directly with the Beeb, Sky News and ITV.

Mr Neil has said the channel will be similar to opinion-led US networks and will feature anchors with “attitude”.

He vowed the American-funded operation would offer British viewers something very different to what is currently on offer on UK screens.

Responding to his tweet about the launch date, some of his followers speculated about what journalists he may “poach” from rival networks.

One said: “Am looking forward to seeing who Mr Neil poaches from the other broadcasters, particularly the BBC for whom retains much respect, it seems.

Discussing his plans on Good Morning Britain, he said the hosts would show “a bit of personality”.

He said: “There would be no point doing what is already being done pretty well with the existing incumbents.

“It will not be a rolling news channel.

“They don’t do rolling news.

“They do news when it breaks, but they don’t do continuous rolling news.

“They segment the day into individual programmes, news-based programmes, built around very strong presenters, or anchors as they call them in the United States, and that is what we will do too.”

He added: “Anchors with a bit of edge, a bit of attitude, bit of personality – and people will make an appointment to view them. That’s the plan.”

GB news is set to be the first of its kind for the UK, but despite being modelled on US networks it will have to fit in with Ofcom’s stricter guidelines on impartiality.