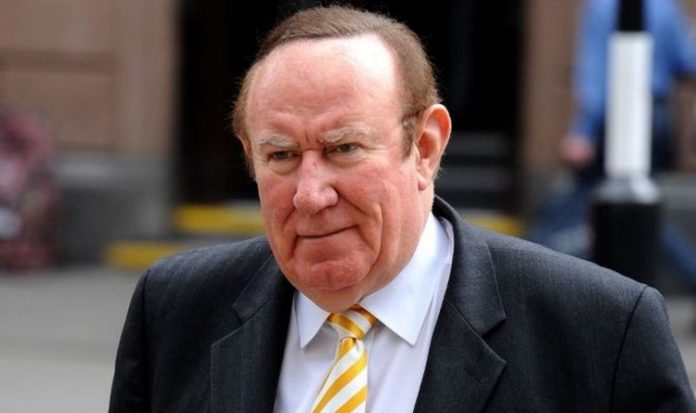 The veteran broadcaster retweeted a video from French 24-hour news channel CNews, which features an interview with Eric Schahl, General Delegate at the UDI. Alongside the interview, the video features a banner which contains the words “Variant Anglais”.

This sparked a furious reaction from Mr Neil, who tweeted: “So everybody is talking about the ‘variant Anglais’ but never ever refer to the original as the China virus.

However, several other people replied to Mr Neil’s tweet and hit back at the veteran broadcaster.

One wrote: “Andrew! The virus is the virus.

“No need to identify where it came from.

“It is, however, useful to identify various mutations, so that people may understand the differences!”

A second Twitter user commented: “Not sure this is quite fair.

“It’s the utter hypocrisy that many who were complaining about it being referred to as the ‘China virus’ now gleefully accept the ‘English variant’ title.”

READ  Change of Her Majesty’s Ambassador to Somalia: Kate Foster

The latest outburst from Mr Neil comes as fears grow the South African strain of coronavirus is rapidly spreading throughout the UK.

British ministers are desperately trying to reassure the public over the effectiveness of the Oxford/AstraZeneca COVID-19 vaccine after experts warned it was “very possible” the South African variant is already quite widespread in the UK.

A recent study showed the jab only offers a small amount of protection against mild disease of the South Africa variant.

Due to the young age of the participants, the study could not conclude whether the jab worked against severe disease.

On Monday morning, health minister Edward Argar said the latest figure for the number of cases of the South African coronavirus variant in the UK has reached 147.

He told BBC Breakfast: “It’s a very small number but it’s still something we quite rightly have got to keep a very close eye on.”