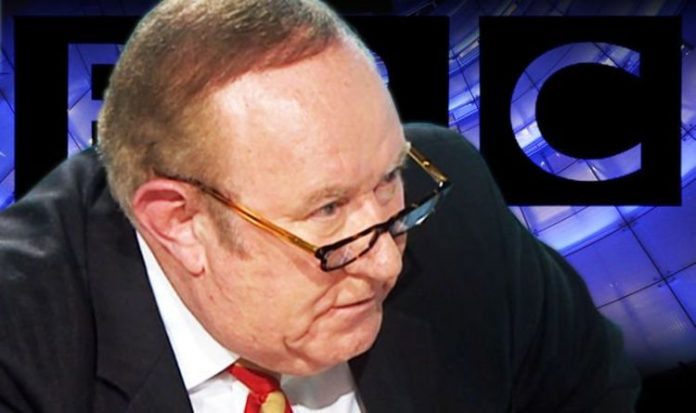 The veteran broadcaster will be the chairman of GB News, signalling the end of a long-running relationship with the BBC, where he had been one of the most respected and popular political interviewers. He will also host a flagship evening programme in primetime, leading the programming line-up. The channel, which will launch early next year, could shake up the TV news landscape, which is dominated by the likes of the BBC and Sky.

Brexiteers have cheered the news of Mr Neil leaving the BBC and starting his own news channel to rival his former employer.

“Huge blow for the BBC. They have lost their star journo.

Political commentator Darren Grimes, who has recently launched several scathing attacks against the BBC over the broadcaster’s decision to scrap free TV licences for over 75s, tweeted: “This is so exciting!”

Andrew Neil’s decision to launch a new channel to rival the BBC has been celebrated by Brexiteers (Image: BBC/GETTY)

Another person commented: “This is brilliant, but sad news for Andrew. He’s been so loyal to them, but it was not echoed by them.

“He’ll do brilliantly without the crushing wokeness of the BBC.”

A fourth person simply wrote: “At last the days are numbered for BBC News and the rest.”

One Twitter user said the BBC “can bore off with negative stats and figures”.

“I love hearing that the country is doing brilliantly no matter what you may hear elsewhere, so refreshing!

“BBC can bore off with negative stats and figures. Simple rule – if you criticise the UK you’re not allowed on!”

GB News will broadcast more than 6,500 hours of content each year, made exclusively for the channel, which has secured broadcasting licences from Ofcom.

Andrew Neil is launching a TV news channel to rival the BBC and Sky (Image: GETTY)

The channel will aim to reach 96 percent of UK television households via Freeview, Sky and Virgin Media.

GB News hopes to initially create 120 positions, including more than 100 journalists throughout the UK. Global media and entertainment company Discovery, Inc is the lead investor.

During the summer, the BBC confirmed The Andrew Neil Show would not return to TV screen after it was taken off air at the hight of the coronavirus pandemic.

At the time, the broadcaster said it was in talks with Mr Neil about a new interview series.

Commenting on the launch of the new channel, Mr Neil said: “GB News is the most exciting thing to happen in British television news for more than 20 years.

“We will champion robust, balanced debate and a range of perspectives on the issues that affect everyone in the UK, not just those living in the London area.”

“We’ve seen a huge gap in the market for a new form of television news.

“GB News is aimed at the vast number of British people who feel undeserved and unheard by their media.”

The BBC said in a statement: “We’d like to give our heartfelt thanks to Andrew for his many years of work for the BBC, during which he’s informed and entertained millions of viewers.

“From his early broadcasting days on Despatch Box in the 1990s to his recent forensic and agenda-setting political interviews, he has proved a formidable and hugely talented broadcaster.

“For years, he was at the heart of the irreverent and much-loved This Week and played a key role in the Daily and Sunday Politics, Politics Live and the BBC’s general election coverage.

“We wish Andrew every success in his new role; we’re sorry the US election coverage will be his last BBC presentation work for the foreseeable future but he will always be welcome at the BBC.”