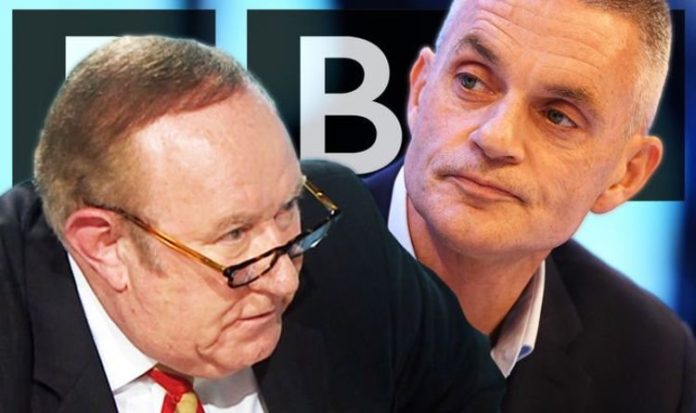 The veteran journalist had his political programme axed by the BBC earlier this year as a result of budget cuts. Earlier this week, Mr Neil issued warnings for the new director-general Tim Davie.

Mr Davie took over the role yesterday after his predecessor, Tony Hall, stepped down.

While appearing on Good Morning Britain yesterday, Mr Neil said: “Mr Davie needs to reconfigure the BBC in that it’s seen, in some ways, to speak for everybody and reflect the views of everybody.

“The white van man pays his licence fee, the women stacking shelves in the supermarket through the night pay their licence fee.

“I think there’s a sense that more and more of the BBC speaks more for a youngish metropolitan elite rather than the country as a whole.

“I would just say though that it’s a really difficult trick to pull off for a public service broadcaster.”

Following his appearance on the ITV breakfast show, Mr Neil has been praised for standing up to the corporation.

READ  Professor Francis Livens to join the NDA board

BBC has been criticised over recent weeks (Image: Getty)

“Totally agree. If we don’t agree with their narrow view of the world, the BBC ‘stars’ sneer and laugh at us.

“And we get to pay their astronomical wages. Outrageous!”

The BBC has faced scrutiny over equal pay, diversity, free TV licences for the over-75s and competition from streaming services such as Netflix, as well as the on-going coronavirus pandemic.

An Ofcom report in 2019 revealed the BBC is seen as too white, middle class and London-centric.

In his new position, Mr Davie has vowed to address allegations of bias among staff at the BBC.

According to reports, he will force staff to sign up to new rules meaning they will no longer be allowed to express political views online.

A source said: “Tim sees impartiality as the cornerstone of the BBC.

“We need to think about whether there are things that happen with outside interests and on social media that can erode trust.”

Over the years, the BBC has faced accusations their comedy shows on both TV and radio are unfairly biased against the Tories, Donald Trump and Brexit.

Programmes such as The Now Show on Radio 4, Have I Got News For You and Horrible Histories have all faced a backlash from the Tory party.

Mr Davie also lashed out at BBC comedy panel shows claiming their are too one-sided and needs a radical overhaul.

As part of his new plans, comedy panel shows would be forced to book guests with a wider range of views on issues like Brexit.

MP Ben Bradley welcomed the plans and said: “In recent years lots of BBC comedy shows are just constant Left-wing rants about the Tories and Brexit.

“If the BBC is to truly represent all licence fee payers, that needs to change.

“I’d like to see more right-leaning comedians given a chance rather than being effectively blacklisted for their views.

“Tim Davie appears to be talking a good game on sorting bias at the BBC, but whether it’ll lead to real change, time will tell.”