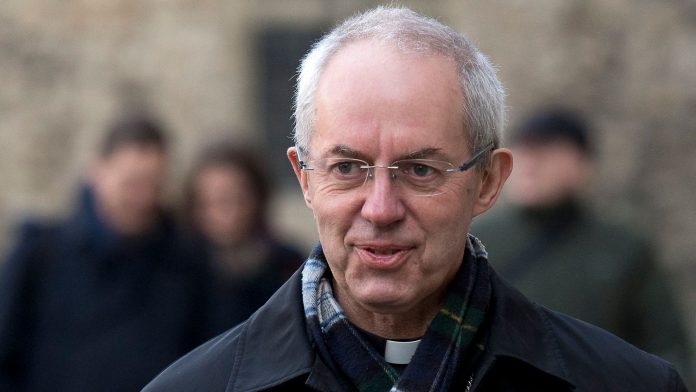 The Archbishop of Canterbury is risking further political controversy by backing trade unions in holding employers to account.

In a potentially controversial speech to the TUC, Justin Welby is expected to say unions are vital in making sure bosses treat workers fairly.

The speech in Manchester comes less than a week after he was criticised for backing a think tank report proposing tax rises for the rich.

But in an interview in the TUC’s Congress Guide, Mr Welby also says unions – like the Church of England – must modernise to halt declining membership.

The archbishop, an Eton-educated former oil company executive, was asked in his interview if he believes businesses can work well with unions.

He replied: “Holding businesses to account and making sure the needs of people are put at the centre is vital.

“Many of us have a role to play here – and unions are an integral part of this. Employers in every sector need unions, to keep them doing justice. And unions need employers who are just.”

Mr Welby continued: “The TUC grew out of the need to come together to defend vulnerable and oppressed workers against over-mighty and cruel employers. It is one expression amongst many of what it means to value human beings and care for human dignity.

“Trade unions are one of the civil society institutions essential to the aim of solidarity, the common good and fully valuing all people regardless of differences in nature and capacity.”

The archbishop was also asked how unions should address declining membership and make themselves relevant to new generations.

He said: “I would say return to your founding values frequently.

“What are you here to do? But don’t be afraid to change the strategy. How effective are you being? Like us, you also have to let new generations come in and shape the way you do things.

“This might sound obvious, but it’s amazing how much we struggle with it.

“If you grow and new members join, you are inviting people in. And they will shape things in a different way. Don’t expect to grow and stay exactly the same.”

Mr Welby, who is addressing the TUC’s 150th anniversary conference, is not the first Archbishop of Canterbury to address the federation.

The first was Campbell Tait in 1879 and the most recent was George Carey in 1997, who declared employers had a “moral responsibility” to recognise unions.

Mr Welby added: “It’s a great honour to be invited, especially to mark this important moment in the life of the TUC. I expect to be received with a certain amount of scepticism by some.

“But I hope that the enduring message of the Gospel, together with what the Church is doing today, will be recognised, though such things as food banks and night shelters (which we long to see become unnecessary), debt counselling and family support.

“My prayer is that as we seek to follow Christ faithfully and humbly, we will form new partnerships – with the TUC and with other areas of national life right across the political spectrum.

“I’m looking forward to exploring together how we can inform the kind of fair and prosperous society we want to live in.”