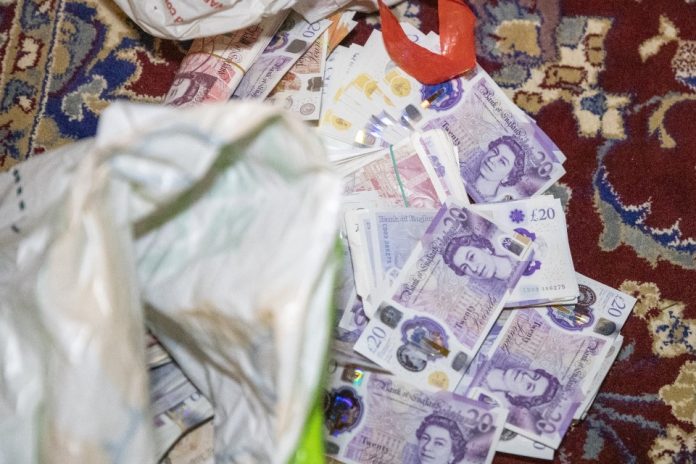 At approximately 6 am on Tuesday (29 September) officers from Immigration Enforcement’s Criminal and Financial Investigation (CFI) team executed warrants at three addresses in Streatham, Greenhithe and Enfield.

As part of the same operation, warrants were executed at addresses in France and the Netherlands. The French authorities made seven arrests and the Dutch two. A number of vessels and related equipment was seized by the European investigators.

It is suspected that those arrested are members of an organised crime group responsible for smuggling hundreds of migrants into the UK across the Channel via small boat. They are believed to be responsible for purchasing rigid hulled inflatable boats (RHIBs), lifejackets and outboard motors and to charge an average of £3,000 per person for the crossing.

I will not tolerate the illegally facilitated, dangerous crossings of the Channel. I want these arrests to send a clear message to the gangs engaged in people smuggling – we are coming for you.

Law enforcement and judicial partners here and abroad are working together to pursue, catch and prosecute the criminal networks involved in illegal immigration. My commitment to solving this problem is absolute.

No danger can stop ruthless criminals from risking migrants’ lives for profit. During the COVID-19 crisis we have seen a big increase in life-threatening smuggling that has become their risky business of choice. This successful operation shows how joint efforts of law enforcement authorities are crucial in dismantling these criminal networks and stopping them from harming people further.

Samantha Shallow, National Member for the UK at Eurojust, said:

The coordinated action day across multiple jurisdictions was made possible as a result of a Joint Investigation Team (JIT) involving prosecutors, judges and law enforcement from Belgium, France, the Netherlands and the UK. The JIT was negotiated with the assistance of the respective National Desks at Eurojust and is the first JIT involving the four countries around the North Sea to tackle the criminal phenomenon of using small boats to smuggle migrants across the Channel to the UK.

This year, more than 50 suspected criminal gang members have been arrested by Immigration Enforcement in relation to small boat crossings and only last week a facilitator was jailed for two years and seven months. Evidence gathered by aerial surveillance was crucial in securing the conviction.