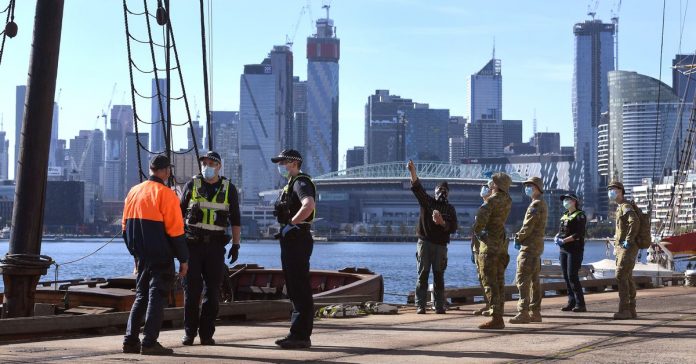 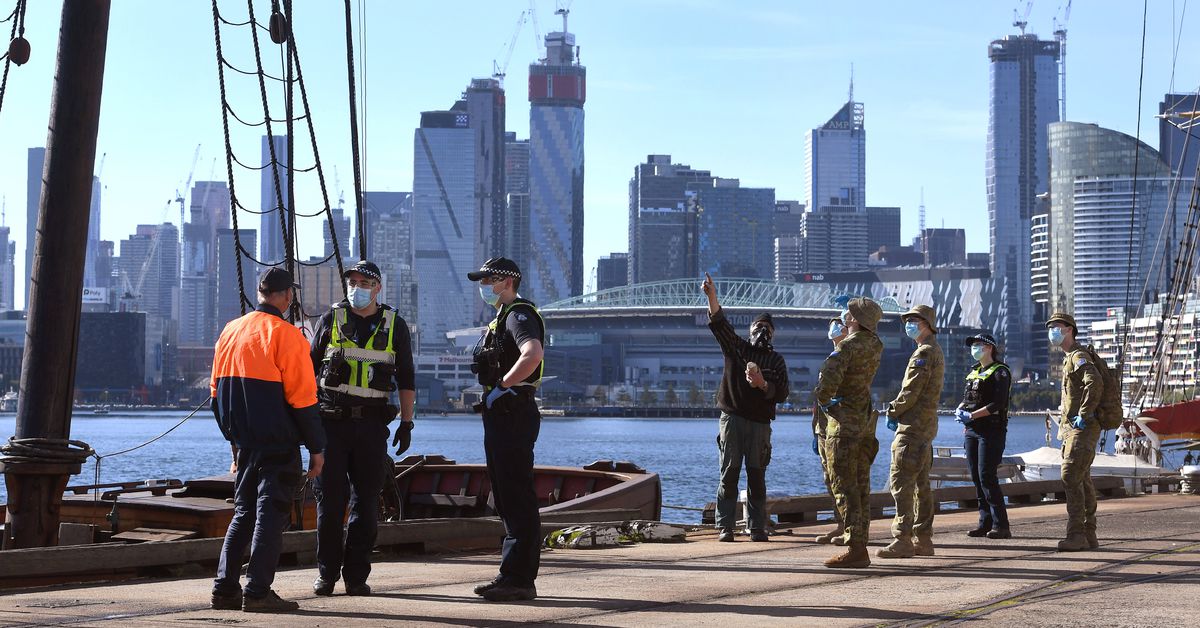 As coronavirus cases creep back up in Australia — a country that has maintained a relatively low rate of Covid-19 fatalities — the state of Victoria, home to the city of Melbourne, has declared a state of disaster, enacting tough new restrictions that exceed precautions taken in many places seeing similar, if not worse, increases.

These restrictions include a nightly curfew in Melbourne and a cap on outdoor and essential activities, as well as a recently reimposed stay-at-home order. The heightened measures were announced on Sunday, the same day that the state reported 671 new Covid-19 infections — many of which officials were unable to successfully contact trace — and seven deaths.

“The current rules have avoided thousands and thousands of cases each day, and then thousands of people in hospital and many more tragedies than we have seen. But it is not working fast enough,” Victoria Premier Daniel Andrews said at a press conference announcing the new requirements.

A State of Disaster has been declared in Victoria, with authorities to impose Stage Four restrictions on metropolitan Melbourne after 671 new coronavirus infections were announced on Sunday. pic.twitter.com/20Zfx9uj7C

The more severe rules will be in place for six weeks, according to officials, and have the support of the federal government. They come days after a statewide mask order went into effect, and after Australia’s deadliest day of the pandemic on Thursday, with 13 deaths and more than 700 new infections.

Victoria is Australia’s second-most populous state, with about 6.6 million people. It is home to the city of Melbourne and its almost 5 million residents. Many of the new restrictions apply specifically to that large city; additional restrictions on movement elsewhere in the state are forthcoming, officials say.

It is Victoria’s second state of disaster in 2020, following the devastating bushfires from earlier this year.

Schools will move entirely online on Wednesday, and residents of metro Melbourne will have to limit time and distance spent out of their homes.

Residents will be permitted to exercise outdoors for one hour a day, and one person per household per day may go food shopping. All residents will be restricted from doing these activities farther than about three miles (specifically, 5 kilometers) from home. Residents may also leave home to pick up takeout food from restaurants, or to receive or administer care to others.

Weddings must be canceled, and funeral attendance will be limited to 10 people. All other public gatherings are limited to two people, including those who share a household.

Andrews has said that police will help enforce the curfew orders.

Australian Prime Minister Scott Morrison, who oversaw what appeared to be a successful curve-flattening policy of widespread lockdowns and social distancing in April and May, supported the measures, calling them “regrettably necessary” in a social media post.

So did the national health minister, Greg Hunt, who told reporters that these measures will “help save and protect lives.”

Other countries with similar — or worse — outbreaks are responding differently

Australia has seen almost 18,000 cases to date, with 208 deaths. These lower numbers correspond with a significant national effort to impose lockdowns and federal messaging on social distancing, moves that experts say have helped keep the case rate low.

The recent spike in Victoria alarmed officials in large part because many cases are of unknown origin. While contact tracing found earlier outbreaks could be tied to returning travelers — who were placed into mandatory quarantines — most current cases cannot be traced back to any one individual, leading officials to worry about advanced community transmission.

“Those mysteries and that community transmission is in many respects our biggest challenge and the reason why we need to move to a different set of rules,” Andrews said, adding that the government’s response “will be imperfect. And for a little while, there’ll be more questions than answers.”

On Sunday, US President Donald Trump reacted to the changes in Australian policy on Twitter, calling it a prime example of other countries’ struggling to contain the coronavirus, and claiming, “USA will be stronger than ever before, and soon!”

Big China Virus breakouts all over the World, including nations which were thought to have done a great job. The Fake News doesn’t report this. USA will be stronger than ever before, and soon! https://t.co/pZwjvgmVTO

But there is little indication that the United States will soon be stronger than ever, and direct comparisons between the Australian and US outbreaks reveal bleak realities: Chiefly, that the US’ chaotic, fractured response to Covid-19 has left it with a death toll far higher than Australia’s — for instance, Australia’s four deaths on Friday are enormously overshadowed by the US’ 1,123.

It is true the US is a far larger country, but overall, the US has about 47 death per 100,000 people, while Australia has had about 0.8 deaths per 100,000. Looking only in the recent term, University of London global politics professor Brian Klaas noted on Twitter, “yesterday Australia had 1 death for every 6.2 million people. In the US, it was one death for every 292,000 people. So, the US is 21x worse.”

In spite of this, many American states seeing similar — or more severe — increases to Victoria are not responding with commensurate measures.

Many US states are seeing significant case increases, with 18 states setting single-day records for confirmed cases last week. Responses to these increases have varied significantly by state, and no state has currently imposed all the measures seen in Victoria, including a curfew, mask mandate, and distancing restrictions.

For example, some dense metropolitan areas in Florida currently have curfews in place, Broward County and Miami-Dade County among them. But even as that state announced 9,642 new cases on Friday, and 257 deaths — more than double Melbourne’s entire death count — state leaders have refused to issue a statewide mask order or restrictions on gatherings, although large gatherings are not advised.

Elsewhere in the world, countries are responding differently to outbreaks.

In Vietnam, which saw no deaths for months, the country’s first Covid-19 death, reported on Friday, sparked a total lockdown in the city where those cases were identified. That measure comes on top of those previously instituted that have been credited with keeping the country’s case and transmission rates low, including strict travel constraints, broad testing and contact tracing programs, and quarantine and testing requirements on citizens entering the country.

More than 2,000 miles away, Japan set its own record of 1,000 new cases on Thursday, but its government has said it will not declare a state of emergency. The local government in Tokyo has requested that bars and restaurants limit their hours, but have imposed no strict requirements.

“When you look at the long battle against the coronavirus, it’s unrealistic to ask them to close completely,” Tokyo governor Yuriko Koike said.

And in the United Kingdom, whose surge has lasted longer than nearby European countries, and where the death rate now outpaces even those countries which faced worse outbreaks early on — including Italy and France — new restrictions are in place, but many activities, including going to bars and movie theaters, are still allowed.

As cities and states across the globe post local records, some in the US have attributed increases in case numbers to increased testing. Trump himself has repeated this assertion, tweeting again on Saturday the incorrect assertion, “We have more cases because we have tested far more than any other country.”

Epidemiologists — including those in the Trump administration — reject this notion, saying that the increase in case numbers is tied to an increase in transmission. But without clear federal guidance on how even the hardest-hit American communities should respond, individual communities have been left to determine how best to quell the coronavirus’s spread locally. And many have struggled to do so.