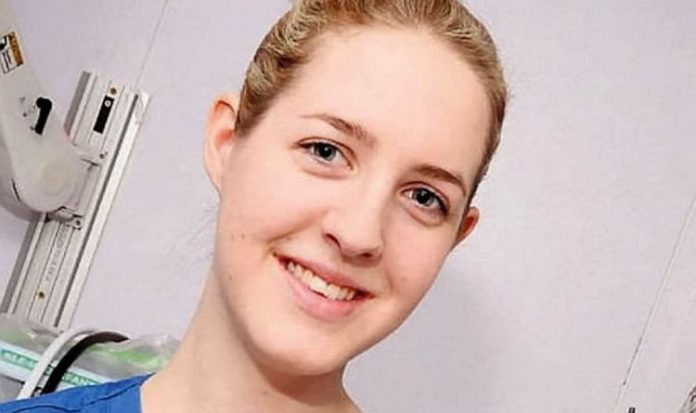 And as Lucy Letby sat with custody officers, the names of the eight dead babies, all under one, were read out. Letby, 30, is accused of murdering five baby boys and three baby girls at Countess of Chester Hospital’s neonatal unit. The boys were Cemlyn Bennett, Joseph Johnson, Barney Gee, Joseph Gelder and Eli Gelder and the girls Elsie McNall, Maddie Freed and Daisy Parkin.

The offences relate to baby deaths and non-fatal collapses from June 2015 to June 2016. The alleged 10 attempted murder victims – five boys and five girls – cannot be named for legal reasons.

At the Warrington magistrates’ court hearing, Letby, of Hereford, only spoke to District Judge Nicholas Sanders to confirm her name, age and address.

Prosecutor Ms Pascale Jones said: “The crown will also stress there is substantial grounds to believe for her own protection this defendant should be remanded into custody.”

Letby was ordered to appear at Chester Crown Court this afternoon.

Families of the alleged victims watched proceedings via a video link.

Police launched an investigation into infant deaths at the hospital in May 2017. The probe was later widened to the deaths of 17 babies and 16 non-fatal collapses between March 2015 and July 2016.

The Chester University graduate was first detained back in 2018 by detectives looking at a spike in the number of deaths at the hospital.

Following her previous arrests, her £180,000 home in Chester was searched by police, as was her parents’ in Hereford. Letby was once the face of a £3million fundraising campaign and had also worked at Liverpool Women’s Hospital.

She was re-arrested over the same alleged offences in 2019 and again earlier this week.

On Tuesday, Cheshire police said parents of all the babies involved were being updated on events and were supported by officers.

Detective Chief Inspector Paul Hughes said: “It has been more than three years since we first launched an investigation into a number of baby deaths and non-fatal collapses at the neonatal unit at The Countess of Chester Hospital.

“Detectives have been working extremely hard on this highly complex and very sensitive case doing everything they can as quickly as they can to identify what led to these baby deaths and collapses.”