Rep. Karen Bass’ office on Wednesday corrected her explanation for why she appeared at a Church of Scientology event in 2010 – saying the event wasn’t in her district as she had previously claimed.

Bass, D-Calif., who is widely reported to be on presumptive Democratic nominee Joe Biden’s short list for vice presidential picks, had responded Saturday to video that showed her speaking at a Church of Scientology opening in Los Angeles in 2010. The organization has been accused of acting like a cult.

“The Church of Scientology I know has made a difference, because your creed is a universal creed and one that speaks to all people everywhere,” Bass said in the video obtained by the Daily Caller.

READ  Election will not be delayed; calls Biden’s VP pick his ‘political living will’ – (Reports)

“The words are exciting of your founder, L. Ron Hubbard, in The Creed of the Church of Scientology: that all people of whatever race, color or creed, are created with equal rights,” she said.

In her statement Saturday explaining her appearance, she said the building was in her district and that she was trying to find an “area of agreement.”

“Since then, published first-hand accounts in books, interviews and documentaries have exposed this group. Everyone is now aware of the allegations against Scientology,” she said over the weekend. “Back in 2010, I attended the event knowing I was going to address a group of people with beliefs very different than my own, and spoke briefly about things I think most of us agree with, and on those things – respect for different views, equality and fighting oppression – my views have not changed.”

But a Politico investigation found that the building she spoke at in 2010 was actually outside the boundaries of her district at the time. Her office reportedly removed the “in my district” part of the statement after Politico contacted the office.

“In drafting a tweet I mistakenly described the event in Los Angeles as being in her district. I regret this error,” a spokesman told the outlet.

READ  Brexit news: ‘We KNEW what we were voting for’ - Camilla Tominey on BBC Question Time | Politics | News - UK

It’s one of a number of ties that Bass has had to explain. She has responded to long-standing questions about her ties to Cuba, including praise for dictator Fidel Castro, and also appearances at Nation of Islam events.

“I’m not a socialist. I’m not a communist. I’ve belonged to one party my entire life and that’s the Democratic Party and I’m a Christian,” Bass told NBC News in an interview published Monday.

The post Bass’ office corrects reason for appearing at Church of Scientology event in 2010 appeared first on Fox News. 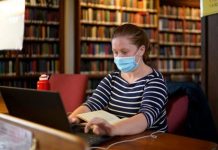 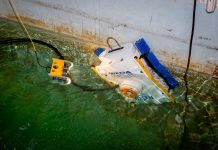 The Annual Research and Development Review 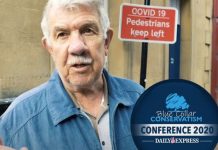