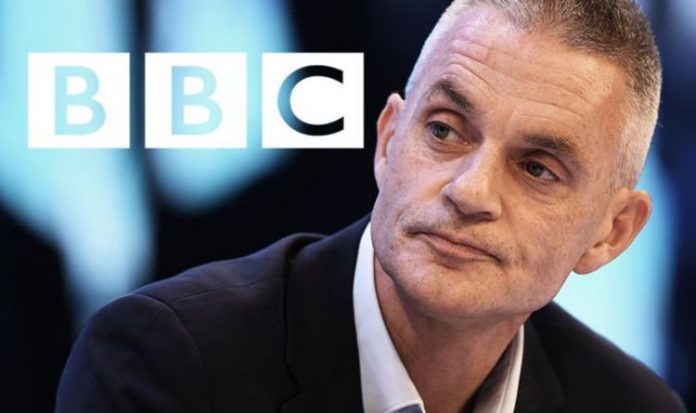 Critics have said they are “utterly stunned” at BBC Scotland after the taxpayer-funded corporation’s said it will decide whether COVID-19 briefings will be televised based on “editorial merit”. Furious Twitter users have written to BBC Director General Tim Davie demanding he “thinks again” as “vulnerable and elderly people” rely on the daily briefings during the pandemic.

SNP MP Gillian Martin tweeted: “I am utterly stunned that the BBC would remove televised public health briefings at a point in the pandemic where we go into winter with increased risks.

“I will be writing to Email: [email protected] in the morning. If rely on them for info I suggest you do too.”

SNP MP Linda Fabiani tweeted: “I get worried phone call from an elderly EK gentleman if no Covid-19 briefing by First Minister on BBC at lunchtime.

“Vulnerable people have told me they rely on the TV briefing. Public service broadcasting is supposed to be for people like them. BBC should think again.”

Other Twitter users indicated they had sent emails to Mr Davie demanding he overturn the decision.

One said: “Done and I hope that everyone does too.”

The briefings are currently shown live on both BBC One Scotland and the BBC Scotland channel, with some coverage also included as part of BBC Radio Scotland’s Lunchtime Live programme.

But the corporation has taken the decision to scale this back as business at Holyrood has returned to a more normal basis.It will continue streaming the briefings live on its news website.

One said: “This seems like the worst possible time for BBC Scotland to cancel it? Just as we’re heading into a second wave with information updating regularly?

“I’m worried Scots will hear more news about the English regulations which differ from ours, causing extra confusion.”

A Twitter user posted: “You want to deny folk public health info? Shame on you

Another tweeted: “It has become part of the routine for many, many people – very unsettling, indeed.”

BBC Scotland stressed it will take a “consistent approach to coverage of the various government briefings across the UK nations”.

A spokesman said: “We will continue to provide extensive coverage of the government press conferences across our news services, including live streaming online.

“We will of course consider showing press conferences live when any major developments or updates are anticipated.”