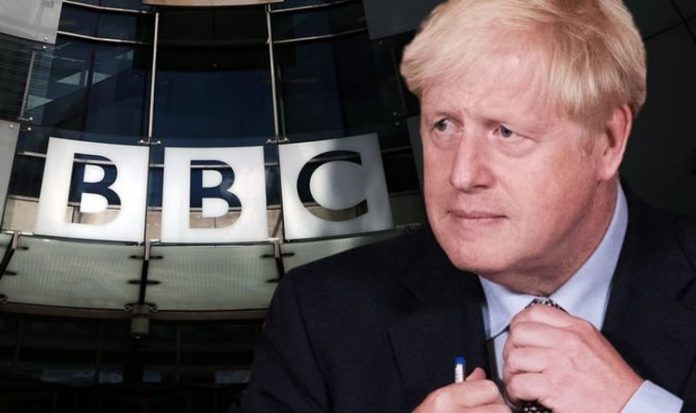 The Common Sense group of more than 50 Tory MPs has demanded that ministers use the planning bill to take on new powers to prevent councils and regional governments from pulling down or replacing statues.

Instead they want the decision made by the communities secretary, currently Robert Jenrick.

The MPs asked: “We hope that, in addition, new statutory guidance to councils on resisting extremist campaigns will be introduced as soon as practically possible.”

The move comes amid widespread fury over attempts by the National Trust to link Churchill’s former home Chartwell in Kent to slavery and colonialism along with more than 90 other properties.

There was also anger at the way the National Maritime Museum planned to downgrade Nelson’s hero status and the custodians of the Churchill War Rooms want to reconsider the great British prime minister’s legacy.

The group’s ire has also fallen on the BBC after it recently banned the Pogue’s Fairy Tale in New York from Radio 1 and decided to review the modern canon of pop music.

The letter noted: “In light of the BBC’s repeated refusal to address its organisation’s undoubted liberal bias, illustrated most recently by its bizarre decision to censor a well-known Christmas song, (perhaps, similarly, the whole canon of popular music is to be reviewed by a highly paid zealot!), we believe it is now time to decriminalise the license fee, so enabling ordinary Britons to choose whether or not to pay for the BBC’s content.”

In tackling attempts by museums to reconsider the legacy of British heroes the group is demanding a change to the appointments procedure with candidates interviewed by a panel of “British patriots from all walks of life”.

It also says that minister Baroness Stowell should look at the charitable status of organisations such as the National Trust and museums which take up a woke agenda should be removed and that public funding for them should be cancelled by the Department of Culture Media and Sport.

The letter follows a meeting between the Prime Minister and members of the Common Sense group last month where he reportedly told them in private that he wants to take on the attempts to cancel and rewrite British history.

Boris Johnson is a well known admirer of Churchill and wrote a biography of the great Prime Minister.

In their letter to Mr Johnson, the group assured him that they represent “the silent majority of voters who are tired of being patronised on issues like immigration and law and order by elitist bourgeois liberals.”

They added: “Britain’s heritage is under attack, ironically from those missioned to guard it.”