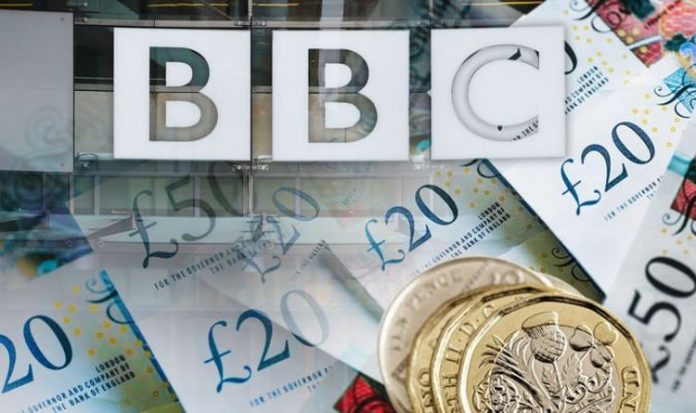 Critics of the corporations’ handling of the public’s cash have branded it an “egregious waste of licence fee money”. Internal data shows that 221 staff have obtained voluntary redundancy packages so far this financial year.

The average payoff for each person leaving their role was £100,661.

And on top of this, a further 93 staff who were made involuntary redundant were handed packages averaging £46,773.

The figures obtained by The Times have caused a backlash against the Beeb, as the row over pensioners’ licence fees continues.

The total amount of cash the BBC allocated for redundancies over the past eight months has reached £26.6 million.

This would cover the cost of annual TV licences for 168,888 over 75s stripped who are no longer entitled to free cover.

He said the Beeb’s use of public money would serve as a “slap in the face” to pensioners who were stripped of their free TV licences.

In August the BBC ended its policy of free TV licences for most over 75s.

“Redundancy payouts in excess of £100,000 on average are a slap in the face for all those over-75s that the BBC is forcing to pay their licence fees.”

Mr Davie, who took over in September, is keen to make big changes to the running of the broadcaster.

But BBC News employees are temporarily protected from his policy to shave off managers due to the demands of the coronavirus pandemic.

Earlier this year the Beeb said it would have to make a saving of £125 million due to a huge hole in its budget caused by the COVID-19 crisis.

It invited public service staff to put their names forward for voluntary redundancy.

Long-time staff members flocked to apply for the scheme, fearing it may be their last chance to receive a generous severance deal.

Meanwhile the row over the stripping of free TV licences continues.

Campaigners from Defund the BBC have stepped up calls for the corporation to be denied taxpayers’ cash over its decision to take the free licences from elderly viewers.