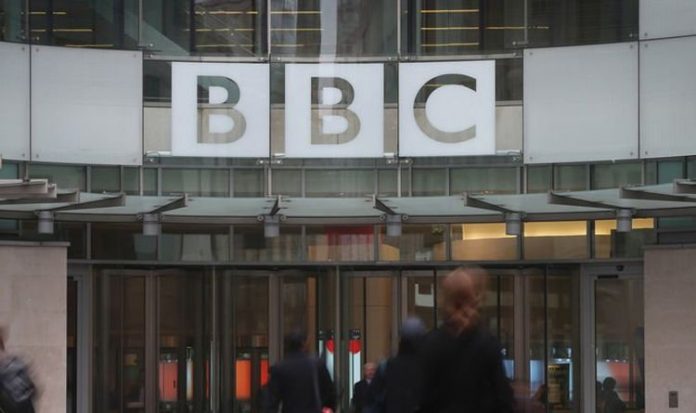 By contrast only two comedians with “pro-Brexit or Conservative sympathies” made appearances during this time. The research was conducted by the Campaign for Common Sense (CCS), a new group launched to protect free speech and fair debate.

The CCS investigated 364 comedy slots across BBC TV and radio which were occupied by 141 comedians during the month.

Shows studied included Have I Got News For You and Mock the Week, popular satirical shows on BBC One and Two respectively.

Only two guests, Geoff Norcott and Gyles Brandreth, were described as being sympathetic to Brexit or the Conservative Party.

Speaking to the Sunday Telegraph Sir Robbie Gibb, who used to work for the BBC but now campaigns for it to become more impartial, demanded action.

He said: “This report starkly reveals just how much the BBC has to change to be truly in touch with the people who pay its licence fee.

“Comedy is not the exclusive preserve of the left and the BBC has a duty to reflect in its programmes the wide diversity of opinions held in this country, not just those with anti-Brexit or woke views.”

He commented: “The BBC said that it wants to improve the diversity of its output.

In a statement to the Telegraph a BBC spokesman insisted the corporation provides “a range of difference voices and views” with its comedy.

They said: “We don’t analyse our comedy by comparing numbers.

“We judge it on it being funny, how popular it is and whether it reflects a range of different voices and views.”

Shortly after assuming the role he admitted the corporation needs more “diversity of thought” and to better understand pro-Brexit sentiment.

In 2018 Andrew Neil, then a BBC broadcaster, accused the corporation of having a bias comedy output.

“Could never happen on a politics show.

“Except this has become a politics show.”

It is currently illegal to watch live television in the UK without paying for a TV licence.