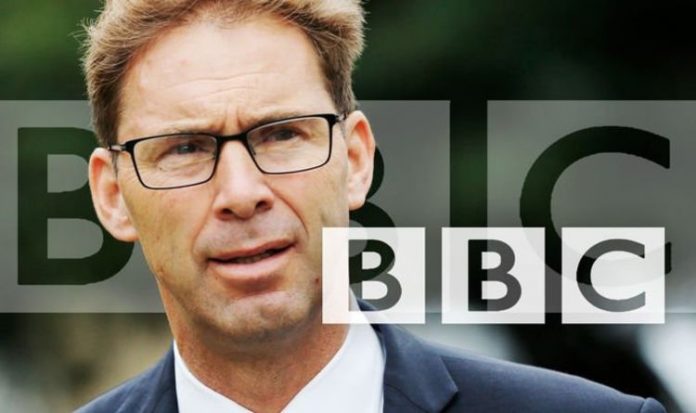 Mr Ellwood said: “TalkRadio does it very well, you are willing to provoke and challenge and that raises the bar.

“That is what good politics and discussion are about and I think it is important that all media organisations do that including the BBC.”

Mr Whale went on to complain about the BBC’s coverage of Boris Johnson’s speech on Tuesday at the Conservative conference.

He said: “I heard Boris’ speech in its entirety today and they kept doing bits into the BBC News as well.

“They were putting a completely different spin on what he said and I think that is unforgivable.”

Mr Ellwood argued that the BBC may need to change if it is to still have politicians interact with the broadcasting giant.

He said: “It is interesting that politicians are starting to bypass national media for that exact reason.

“Donald Trump did this in spades himself, why bother if people are going to twist your message.

Mr Ellwood added it would be better if all media invited people from all political alignments and challenged their views evenly.

He added: “I would reccomend, and TalkRadio does this well, is you invite speakers on who they themselves can have a particular angle and then can be challenged.

“You then have all sides of the argument, I think that is very healthy and a good British approach.”