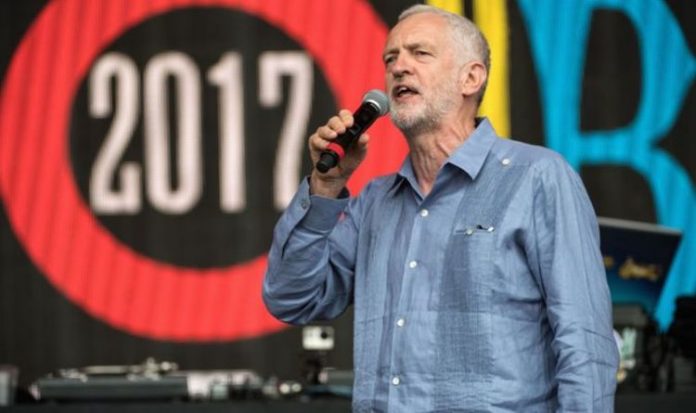 Fin Taylor, a stand-up comedian, also compared the former Labour leader to Bob Dylan during his appearance on the BBC One panel show. He said: “I feel like we had an opposition for 19 days and now it’s over again, he just won’t stay in his box.”

Mr Taylor added his “relationship with Corbyn is like Bob Dylan, in that I only hate him so much because of his fans.”

He then claimed Dylan fans were “so dogmatic” in their opinions that he is the greatest musician of all time.

Afterwards, he went on to say: “People who like Corbyn, it’s like, what, it’s 200,000 people in the Labour Party that are fanatics.

“So all you’ve got to do is, next year, bomb Glastonbury, hopefully Dylan’s headlining.

But the controversial comment sparked complaints claiming the joke was inappropriate and could incite violence.

The BBC defended the complaints making clear they were “in no way whatsoever to be taken seriously.”

The BBC added in a statement: “After more than 30 years on air, Have I Got News For You is a well-established comedy series that has built a reputation for irreverent humour and satire.

After the complaint, Brexit Party leader Nigel Farage, who had a milkshake thrown at him by a protester several weeks earlier, accused Ms Brand of “inciting violence”.

But the BBC Executive Complaints Unit disagreed with Mr Farage because “it has considered the context in which the words were spoken”.

A summary of the findings continued: “Whilst the ECU recognised that the wider message from this episode is an argument for more civility in political discourse, not less, and Ms Brand’s contribution is not intended to be taken as face value, the ECU felt that it went beyond what was appropriate for the show.

“So it was partially upheld against generally accepted standards of BBC output.

“The ECU also noted that in the right context and with the right treatment, there is no subject matter which should be beyond the scope of comedy.”