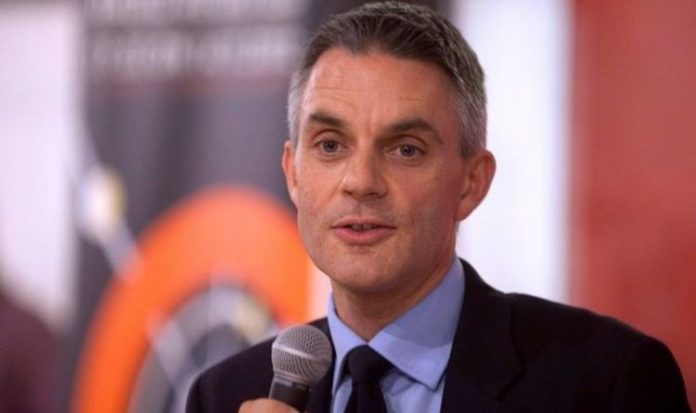 Outsourcing firm Capita, which the BBC has hired to chase unpaid licence fees, has continued its debt collection operation despite the latest coronavirus restrictions. Campaigners have warned pensioners, the poor and people struggling without work were having their doors knocked by agents demanding money.

But corporation chiefs insist they are working within guidelines issued by the Government.

A BBC spokesman said: “TV Licensing are not visiting older households registered as having held a free over-75s licence during this time.

The corporation came under fire last month when it was accused of “terrifying” elderly Britons by “threatening” them with a £1,000 fine if they do not pay the £157.50-a-year cost.

The elderly people have been sent letters from the public service broadcaster listing fines.

The number of letters sent to pensioners escalates if they do not answer the first one.

The letters have large red capital letters informing the recipient could face prosecution if they do not pay for a television licence.

Capita said its debt collection operations fell under the “essential services” category so were not suspended during lockdown.

In a letter to staff it said: Capita bosses said: “This lockdown dictates businesses will have to close, but this does not include those that deliver essential services.

“It is our current intention to continue to operate as we have been.”

A company spokesman said: “We are operating in line with Government guidance and have strict procedures in place to ensure the safety and wellbeing of both our colleagues and our TV licence customers.”

The letter, organised by Stoke-on-Trent North MP Jonathan Gullis, said: “Allowing Capita to continue sending debt collectors to knock on doors during this pandemic is unjust, unprincipled and far below what is expected of the British public service broadcaster.

“Capita bosses have classed their debt collector services for the BBC as ‘essential’.

“As the client, the BBC should tell Capita that this is most certainly not essential.

“It is also highly irresponsible, not to mention a major health risk for Capita employees, to enter the homes of people, many of whom are vulnerable, in the middle of a major pandemic, and could spread the virus.”

Julian Knight MP, the chairman of the Digital, Culture, Media and Sport select committee, said: “This is deeply disturbing. Capita clearly are not acting as they should and the BBC must get a grip and call off any enforcement.”