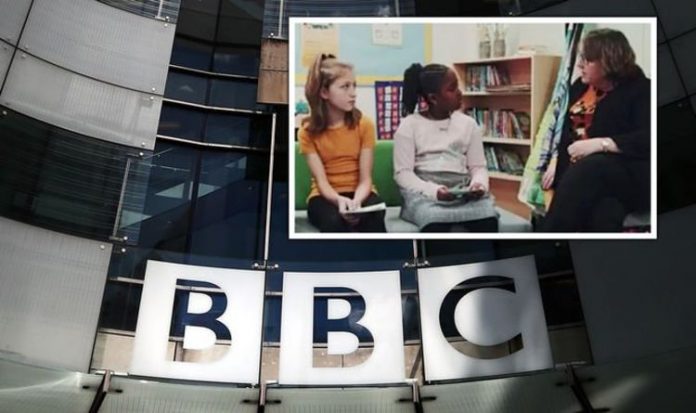 The broadcasting corporation had produced a video to be used by teachers in classrooms, called “Identity: Understanding Sexual and Gender identities”. In the video primary school children are told that there are more than 100 different gender identities and are introduced to terms such as “gender-queer”. After a storm of protest, the BBC has finally withdrawn the film.

In a letter to a viewer who complained about the video, the BBC claimed that the film had been “wilfully misrepresented” and that it had acted appropriately throughout.

The letter said: “The Big Talk film was only available on the BBC Teach website – our service for teachers to use for curriculum support.

“It was never aimed directly at pupils and was never intended to be used independently by them at any age.

“The content was clearly labelled as requiring advance viewing by teachers and came with extensive notes to support and guide teachers in their use of it when discussing health and relationships – topics that are part of Primary curriculum in England.

“We are aware that this particular film is being wilfully misrepresented by parts of the media and others on social media.

“As such, its original purpose and intention has been overshadowed. On this basis we have made the decision to retire the film.

“We will continue to support teachers on this important topic in other ways.

Others waded in with fierce criticism of the BBC, accusing it of awful journalism and an inability to apologise for its mistakes.

One wrote: “I have complained to the BBC on countless programmes and their terrible journalist standards and the responses are so in line with this, never once accepting blame.

“Never once accepting any wrong doing. They just infuriate me even more.

“The sooner they’re taken down the better!”