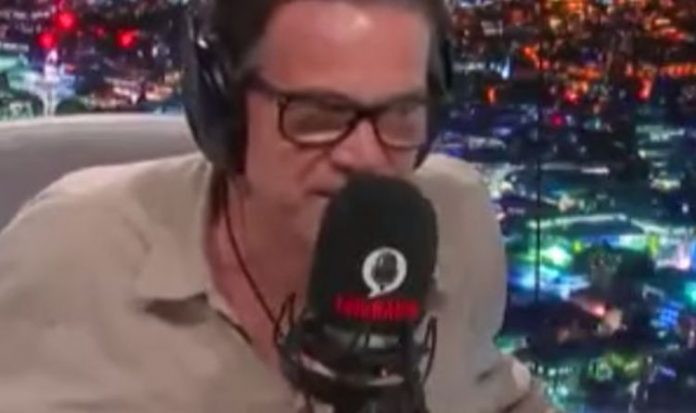 The BBC came under fire earlier this year after announcing plans to scrap the free TV licence fee scheme aimed at over-75s across the country. The decision sparked further debate on the need for a licence fee, with campaigners hitting out at the mandatory nature of the payment. TalkRADIO host Kevin O’Sullivan launched into a fiery tirade against the corporation and the prison threat hnaging over millions of Britons’ heads if they fail or refuse to pay their TV licence fee.

Mr O’Sullivan branded as “obscene” the possibility of ending up in jail because of an entertainment fee after being confronted with the news that five people had been prosecuted in 2018 for failing to cough up the money.

He said: “That’s obscene that people should go to prison for not paying for television entertainment.

“I would say it was medieval. It’s nonsense. This organisation is mad.

“We can’t send people to prison for not paying for television entertainment. It’s absolutely nonsensical.”

JUST IN: UK could forge £20trillion trading bloc with US to ‘eclipse EU’

Mr O’Sullivan continued: “Netflix can’t take you to prison if you don’t pay for Netflix.

“How on earth can the BBC justify sending people to prison for not paying for it? It’s absolutely ludicrous”.

Britons face the threat of prosecution or a £1,000 fine plus court costs unless they pay their licence fee.

However new data from the Ministry of Justice has suggested the threat of incarceration may have been largely inflated after numbers showed the average fine imposed was £172 in England and Wales.

Anti-licence fee campaigner Caroline Levesque-Bartlett insisted it was unacceptable for the BBC to threaten Britons with harsh fines when in reality they are rarely given.

The Government has launched a consultation earlier in the year, with former Culture Secretary Nicky Morgan suggesting the time had come to “think carefully” about the future of the TV licence.

Baroness Morgan said: “Many people consider it wrong that you can be imprisoned for not paying for your TV licence and that its enforcement punishes the vulnerable.”

A TV Licensing spokesperson said: “Fine levels are a matter for the court and are not set by TV Licensing. On conviction magistrates take an individual’s circumstances into account before the penalty is set, and TV Licensing has a duty to make the public aware of the potential consequences.”