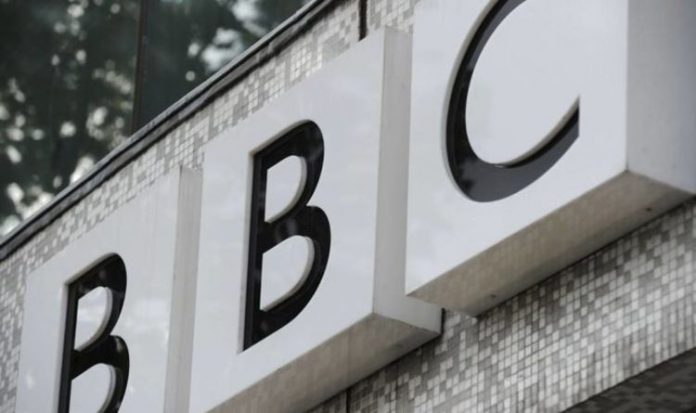 The technology giant began removing news content from its platform in Australia last Thursday over a proposed law that would force internet firms to pay news organisations. Facebook’s ban of news in Australia has now prompted Culture Secretary Oliver Dowden to arrange a meeting with the company’s executives over the “worrying” decision, according to reports. Brexiteer and MP for Wokingham John Redwood also warned the BBC to be “less one sided” after questions over funding news outlets were starting to crop up.

“We should ask the BBC which we all pay for to offer more news and less one sided ‘expert’ commentary, more events and facts, fewer forecasts and repeated campaigns.”

His comments come just after Richard Sharp, the next chairman of the BBC, admitted the corporation’s coverage of Brexit did not always appear to be balanced.

He added the BBC’s flagship politics debate programme Question Time appeared to give more air time to Remainers than Brexiteers.

The BBC has been warned after the Australia Facebook row (Image: GETTY)

Mr Sharp said during a recent Digital, Culture, Media and Sport select committee: “I believe there were some occasions when the Brexit representation was unbalanced.

“So if you ask me if I think Question Time seemed to have more Remainers than Brexiteers, the answer is yes.

“There have been studies done and I think there’s been some acknowledgement that some aspects of the Brexit coverage, from time-to-time, was unbalanced.”

The country was proposing to create an arbitration panel to set a binding price for news in situations where Google and Facebook do not reach deals with media businesses whose original journalism they link to.

Facebook said the proposed legislation “fundamentally misunderstands the relationship between our platform and publishers”.

MP Julian Knight, chairman of the Digital, Culture, Media and Sport (DCMS) Committee, added the move was “of great concern” in Britain.

He said last week: “Facebook’s actions in Australia should be of great concern in the UK at a time when our own Government is bringing forward legislation to regulate social media companies.

“Facebook has shown its absolute disregard for the public interest, being all too ready to use its power to further its own agenda.

“The DCMS Committee is deeply concerned that trusted news sources are promoted, to combat the scourge of misinformation and will be ensuring the Online Harms legislation is tough enough on this.”

This is due to the launch of Facebook News, which is an initiative that the firm has paid the likes of Channel 4 News, Daily Mail Group, DC Thomson, Financial Times, Sky News and Telegraph Media Group for content.

MP for Wokingham John Redwood also warned the BBC to be “less one sided” (Image: GETTY)

But Mr Navarra warned that deals could collapse in the future if one side feels the scheme is no longer worthwhile, especially if other countries like Australia set an example.

Nicola Mendelsohn, Facebook’s vice-president for Europe, the Middle East and Africa, said last week on LBC radio that the news ban in Australia had not been taken “lightly”.

She said: “What I want to be really clear about is that we have a commitment to investing in quality news, and that hasn’t changed.”

A BBC Spokesperson told Express.co.uk: “Impartiality is the cornerstone of the BBC and polling routinely shows we are by far the most trusted provider of news in the UK. We have seen record numbers come to us for the latest updates throughout the pandemic.

“The licence fee continues to ensure the BBC is an independent, universal broadcaster, committed to serving all audiences and is the agreed method of funding until at least 2027.”