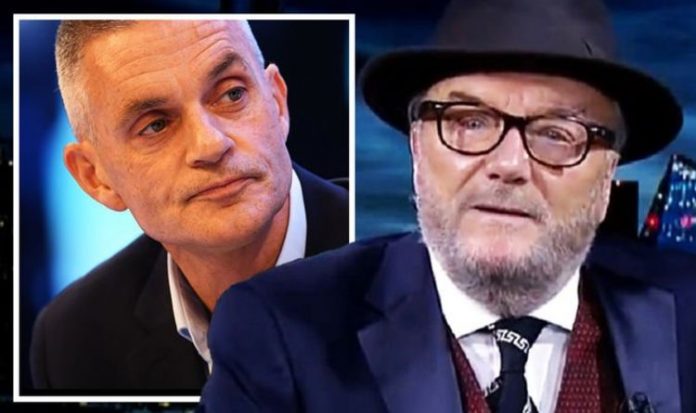 During a stinging attack, the former Labour MP and broadcaster hit out at the BBC during his talk show. He attacked the corporation claiming it was less popular than rival channels such as Channel 4, ITV and Sky.

In the video, the former politician said: “Imagine that! Rupert Murdoch is trusted by more people than the BBC.

“Channel 4, ITV, Sky are all trusted more than the BBC.

“And I say to the people inside the BBC, you didn’t just sign your own death warrant, you carted yourselves down to the tumbril.

Mr Galloway continued: “I had the dreadful misfortune to listen to BBC Radio 4 comedy this morning, Unbelievable Truths, and after ten minutes I stayed on it just to see how much worse this programme could be.

“Every class prejudice, every ounce of difference from the vast majority of the people who are paying for it was there.”

“We need to ensure our reflection is balanced.”

Following the report, the BBC has said it must “move away from some stereotyping in characters and inform more nuanced on-screen portrayal in storytelling”.

Despite listing examples of fully-fledged characters, 27 percent of people said there is little coverage of diverse socio-economic backgrounds, the report found.

They promised it will meet audiences regularly to help boost diversity on screen.

BBC director-general Tim Davie said at the time: “Across the BBC, our focus has been on making sure that everyone – across the UK, from all backgrounds and communities – can feel that the BBC is for them.

“It’s about being relevant to every part of society, and delivering value to every household.

“We have a responsibility to reflect and serve all audiences.”

More than 25 Conservative MPs then urged the Prime Minister to decriminalise non-payment of the TV licence fee to defend “British traditions and values”.