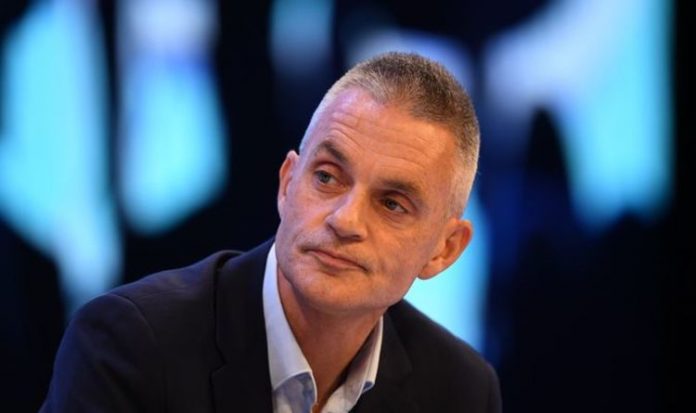 Mr Davie thinks comedy broadcast by the BBC is perceived as targeting the Conservative party more often than it does the left, inside sources told the Telegraph. The corporation’s new director-general is due to outline the issue in his first speech on Thursday.

He is expected on Thursday to say the BBC will commit to producing material that is more inclusive of beliefs across the political spectrum.

Mr Davie hopes this will help restore “trust and confidence” in the public broadcaster as it faces questions over the future of its publicly-funded model.

He added Mr Davie “appears to be talking a good game at sorting bias at the BBC.”

More details are expected in the new director-general’s speech.

Sources have said no firm decisions have been made on how the BBC will tackle perceptions of left-wing bias, though they did say some shows would be axed.

In addition, comedy panel shows will be expected to include guests with a broader range of views.

There will also be a crackdown on BBC journalists expressing their political views on social media.

Last year, an Ofcom report concluded the BBC is seen as too “middle-class, white and London centric.”

The report also stated viewers were concerned ethnic minorities were not being adequately represented in news stories. This included on-screen presenters.

Ofcom described the BBC’s ability to source local news stories as “unparalleled” and so all of the UK should be represented.

“And I don’t want right-wing comedy, whatever that is. I’d just like comedy. Which is in really short supply. On TV and radio.”

He told New Statesman: “As with anything, you’ve got to appreciate a diversity of opinion.

“The fascinating thing about Brexit is that the comedy scene is probably institutionally left but Brexit cuts across that axis.”

“Speaking as a comedian, I think there are certainly right-wing comics you can admire for their performance skill even if you don’t agree with their politics.

“Some right-wing comics, however, also rely on using disgusting racial and gender shorthand, which isn’t even about punching down. It’s joking with hate and contempt.”