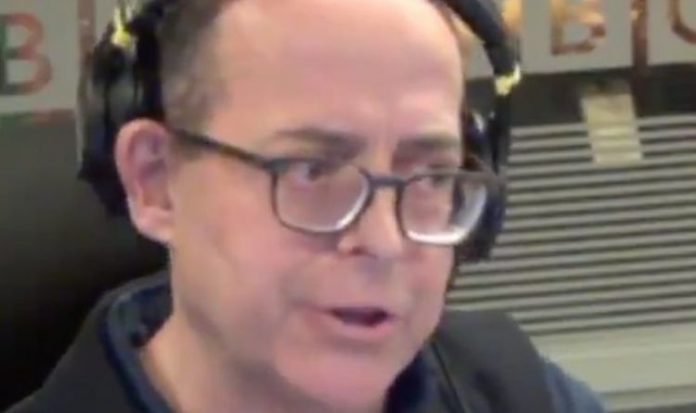 Ministers have denied that the exam system in England has been thrown into “confusion” following 11th-hour changes to the way A-level and GCSE results will be assessed. Education Secretary Gavin Williamson announced late on Tuesday that students will be able to use their results in mock tests to appeal if they are unhappy with the grades they are given. But Schools Minister for England Nick Gibb was grilled on the move by BBC Radio 4’s Today programme host Nick Robinson, who accused the Tory MP of failing to recognise a huge flaw in the system.

“Many schools treat mocks in different ways, some of them make them very tough in order to really give pupils a kick up their backside.

“You have no idea whether mocks are more reliable than teachers’ assessment, do you?”

Mr Gibb replied: “No it will only apply to a small group of people. It is another source of evidence on which they can base an appeal.

“There is the other appeal which is if a school can demonstrate that its historic date no longer applies to it.”

The move – less than 48 hours before students receive their calculated A-level results following the cancellation of actual exams amid the COVID-19 crisis – comes in the wake of a dramatic U-turn by the Scottish Government.

Scotland’s Education Secretary, John Swinney, announced that moderated grades would be scrapped following a massive outcry after more than 124,000 results were downgraded.

Mr Gibb acknowledged that the Government was “concerned” about what had happened in Scotland but insisted the system in England remains “robust”.

He said that only a “small number” of students would be affected by the change and insisted that ministers have nothing to apologise for by acting so late in the day.

“There is no confusion. We have been very clear from the very beginning. We had to have a system in place to award qualifications to young people given that we had cancelled the exams,” he told BBC Breakfast.

“We apologise to nobody for finding solutions, even at the 11th hour, to stop any student being disadvantaged by this system.”

Shadow education secretary Kate Green said GCSE students should not be downgraded below a level 4 – the equivalent of the old grade C – in English and maths.

“Those subjects are so crucial for a student’s future path, whether into their chosen career or further study,” she told BBC Breakfast.

“And given the disruption that they have suffered this year to their education we do think it’s particularly important that we protect this COVID generation from further damage.”

DON’T MISS:
A-Level results day: How will exam results day work this year? [INSIGHT]
No10 warned refusal to back down like Scotland could spark lawsuits [ANALYSIS]
SNP brutally mocked over exam chaos as deputy leader fails to resign [VIDEO]

When asked whether she would expect the Government to apologise for making a late announcement 24 hours before A-level results are due in England, the shadow education secretary said students were more concerned about getting reassurance.

“What students and their families and teachers are concerned about is getting a fair assessment process.”

She added: “What I think we desperately need is reassurance to students that they will be treated fairly, that their lives will not be damaged by this chaos that we’ve seen over the last few days in relation to their results.

“And I think that’s what students are looking for, confidence that they can get on with their lives, and that the work that they have done, the hard work that they’ve put in, is going to be properly recognised.”