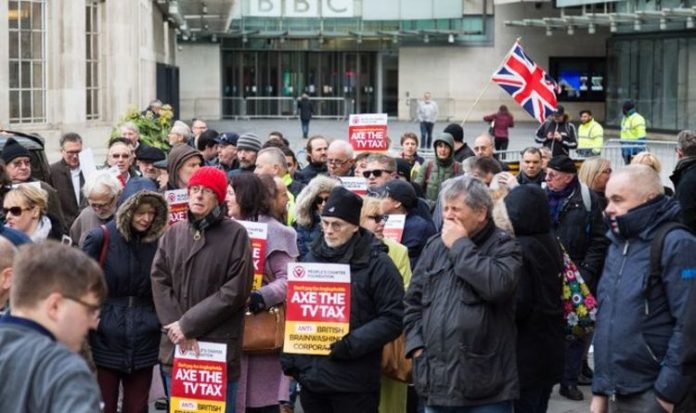 Last week, the BBC started sending letters to over-75s who previously did not have to pay the fee to remind them that they must now pay. From August 1 only pensioners older than 75 on pension credit are exempted automatically.

The corporation and the government sustained a disagreement over funding prior to the removal of the licence fee exemption.

The onset of the global coronavirus pandemic delayed plans to scrap the benefit.

The corporation has not mentioned how thorough it will be about the payment.

Julian Knight, the Tory MP for Solihull, warned that the BBC should act with prudence.

He said: “The BBC could face the modern day equivalent of the peasants’ revolt if it tries to prosecute the over-75s for non-payment of the licence fee.

“At present most cases in front of the courts are non-contested and are over in a jiffy but I can see pensioners who feel wronged organising and wanting their day in court, calling witnesses and tying up the magistrates system and causing huge backlogs of cases.

“The BBC owes it to their own wider reputation to proceed cautiously when it comes to prosecutions.

“I am not sure yet this message has entirely got through to management at the Beeb.”

But campaigners argue that the TV Licensing website does not explain the options broadly enough.

Customers are not prompted to select their age or an over-75 payment plan when clicking “pay” or “pay for your new TV licence” on the website.

Speaking to day Times, Caroline Abrahams, charity director of Age UK, said: “It’s alarming just how clunky and counterintuitive the TV Licensing website is turning out to be.”

TV Licensing announced it had set up a free phone line for customers who “may need extra support with the new scheme” that would provide “recorded information on the new policy”.

However, callers were reportedly met by a recorded message saying: “We’re sorry our contact centre is now closed; if you wish to listen to the information about the changes to the over-75s licence again, you can redial this number.”

The only other information included in the message was a website address.

Ms Abrahams said: “This launch has already gone off at half-cock and TV Licensing is not ready for the enormous task they have taken on.

“Our over-75s deserve so much better.”

She added: “Given that the BBC has decided to implement its new licence scheme, it is incumbent on it to ensure it is well organised and the process runs smoothly.”