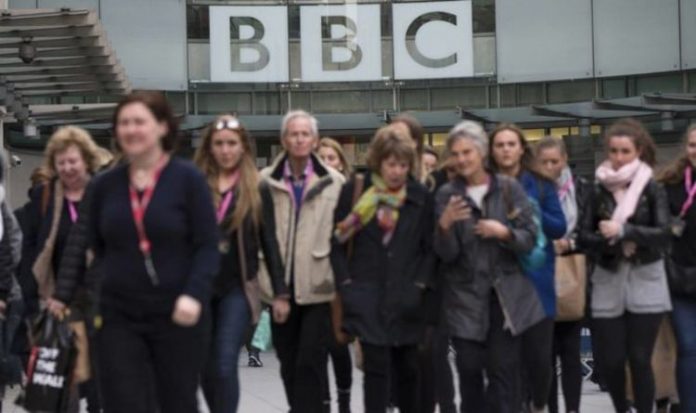 The broadcasting corporation previously sparked anger after ending free licences for people aged over 75 last August, except if they were receiving pension credit. According to the latest BBC figures, 2.7 million over-75s have now paid for a TV licence. Another 750,000 have applied for free licences as a result of being on pension credits.

Those who did not apply were sent a letter by the BBC with the threat they would face a fine of up to £1,000 and potential prosecution if they continued to watch live television without paying up.

However, the BBC has now made a huge climbdown by admitting almost 700,000 pensioners who did not respond to their letter will not face a court appearance and are “still legally covered”.

The BBC said: “In light of ongoing challenges to many of our customers caused by the coronavirus, we’re giving older people a bit more time to make arrangements for their next licence.

“We’re writing to customers to reassure them of this.

“The letter explains that customers who previously held a free over-75 licence up to July 31, 2020, are still legally covered.

“We are giving them time to either arrange payment for a licence or claim a free one.”

The BBC also admitted it had not cancelled any licences for over-75s since the scheme began last year.

The letter which sparked outrange had said: “We will cancel your licence if you do not reply to our letter within two months of receiving it.”

It resulted in Lord Ian Botham writing to BBC Director General Tim Davie to urge people not to be prosecuted for failing to pay the licence fee.

The retired cricketer said in his letter: “In my view, this is institutional bullying on a massive scale and there seems to be some kind of blame game between the BBC and government.

Dennis Reed, director of Silver Voices, a group calling for free licence fees to be reinstated for the over-75s, said the BBC’s backtrack was welcomed.

The Government last week said the annual fee would increase from £157.50 to £159 from April 1 (Image: EXPRESS)

But he added the fee still needed to be stopped.

He said: “This change is news to us.

“Hundreds of thousands of elderly people have now been given an amnesty until the end of the pandemic.

“We hope it gives the BBC and the Government the breathing space to rethink this terrible policy.

“The current situation is untenable.

“They cannot enforce the licence fee on hundreds of thousands of over-75s who are increasingly determined, the more reminders they get, not to pay.

“We welcome this concession. The policy was a disaster from the start and remains a disaster.”

The BBC admitted it had not cancelled any licences for over-75s since the scheme began (Image: GETTY)

The BBC said in response that it was sticking to its requirement that anyone applying for a licence late must backdate it to August 2020.

A BBC spokesperson told the Telegraph: “In light of the pandemic we have revised our timings for considering cancellation and we have written to customers who have yet to make arrangements to reassure them that they are being given more time to get set up, and that they are still covered.”