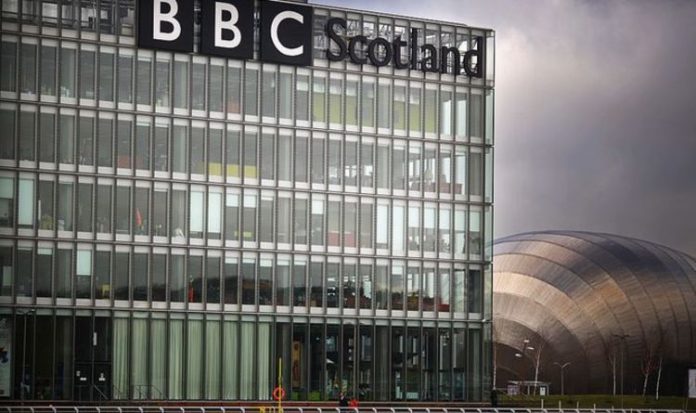 Four Scottish MPs, including Alex Salmond’s former justice secretary Kenny MacAskill, Angus MacNeil, Douglas Chapman and Neale Hanvey wrote to the BBC. In the letter to the broadcaster, the Nationalist MPs demanded the abolition of the £157.50 TV licence in Scotland, devolution of broadcasting and powers for Holyrood to set broadcasting tax.

The MPs also suggested there should be a Scottish government-funded BBC Scotland and consultation to improve engagement.

Mr Davie said demands for a devolved public service broadcaster was “not a matter for them” whilst stressing the licence fee was highly popular.

He stressed the Scottish Parliament has a role in shaping the future of the BBC.

Mr Davie said: “Firstly, let me assure you that I am highly committed to the delivery of the BBC’s public service obligations in Scotland and in all of the UK’s nations.

“Indeed, my very first day in the role as Director-General last month was spent in Glasgow, working with BBC Scotland colleagues.

READ  Foreign threats loom ahead of US presidential election – , Report

“In my first speech as DG, later that same week, I said that if we are going to get closer to our audience we need an organisation that is based more across the UK, helping to stimulate the creative economy around the country; and we will look to make the BBC less rather than more London-based.”

Mr Davie continued: “The BBC recently enhanced this commitment by introducing the largest investment in a generation into content-making in Scotland.

“The BBC’s Charter and Agreement, running to 2027, was approved unanimously by the Scottish Parliament in October 2016, following scrutiny both in Committee and in the parliamentary chamber.”

READ MORE: SNP crisis: Party fighting like ‘rats in a sack’ as MP speaks out

It comes after the BBC appointed a new BBC Scotland director (Image: Getty)

He said: “Some in the SNP may prefer to get their news from a former First Minister, paid for by Putin but the vast majority of Scots recognise that the BBC is a world-leading independent news organisation.

“Attacks on its impartiality should be batted down by the SNP leadership immediately.

“We want to see the BBC’s autonomy protected and the government to reinstate support for free television licences for the over 75s.

“That’s how to improve the quality and service of British broadcasting, not a bizarre and misguided boycott.”

The corporation has come under intense scrutiny for scrapping free TV licences for most over-75s.

A total of three million households across the UK now have to pay £157.50 for a colour licence and £57 for a black and white licence.

The decision was heavily condemned by pensioners, politicians and UK charities, who fear many over-75s will struggle to pay the charge.

At the same time, political bigshots in Scotland have stepped down or accepted offers of voluntary redundancy including Sunday Politics presenter Gordon Brewer and political editor Brian Taylor.

In their original letter, the MPs said: “If this situation continues and the crisis worsens then it may very well be there is no alternative.

“I for one will not pay a licence fee for Tory propaganda.”

However, Stewart McDonald, himself an SNP MP, likened the campaign to President Donald Trump’s style to “defend public service broadcasting”.

He tweeted: “Trump is running a campaign to defund public service broadcasting in the US.

“We’ve got nothing to gain by running a parallel campaign against the BBC – no matter how frustrating you may find it.”

Last month, BBC staff were warned by the new Mr Davie the future of the corporation is in doubt.

Mr Davie demanded the corporation renew its image of impartiality and warned staff if they are unable to avoid being bias, they should not be working at the BBC.