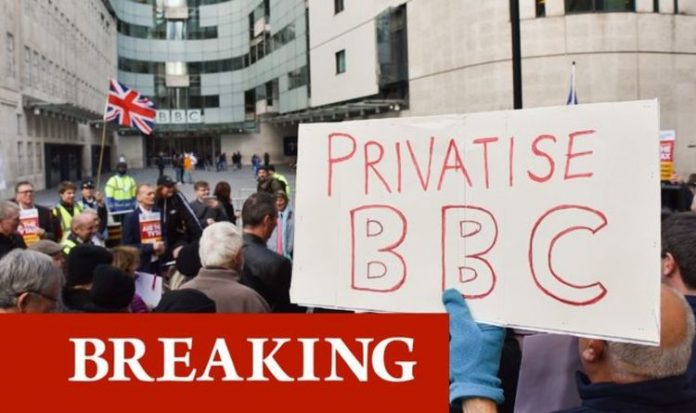 The jump comes after the Beeb last year controversially scrapped free TV licences for most over 75s. Online commentators were quick to respond to the latest raft of changes. One wrote: “£8 per month for Netflix but £13 a month for the BBC.”

Another said: “It’s very rare for me to watch anything on the BBC. It’s not worth me paying £159.”

And yet a third wrote: “Time to stop watching live TV. It’s extortion for utter rubbish.”

Others said they did not know that all the fuss was about as the increase would amount to just £1.50 each year.

One man said he thought the new price of £159 was “very reasonable” for 12 months.

But others hit back, with one responding: “Doesn’t seem reasonable to me.

“The BBC should become a voluntary subscription service.”

Another social media user said the price rise was another valid reason to “defund the BBC”.

The announcement comes after a poll showed 56 percent of respondents support scrapping the licence fee in favour of a subscription-based model.

Just 19 percent said they would like to see the TV licence remain.

The polling of 1,700 people was conducted by Redfield & Wilton Strategies.