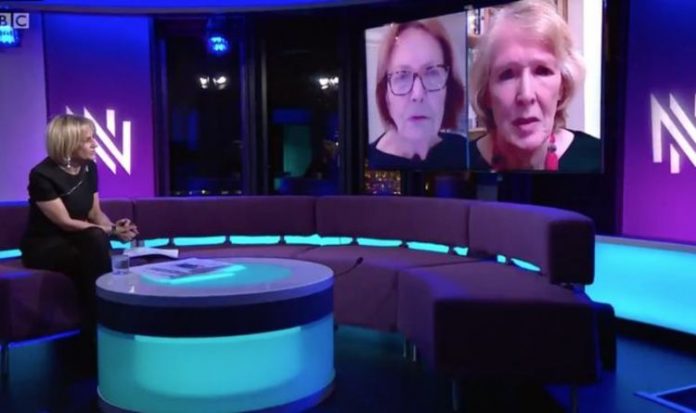 The 100-year-old who walked 100 laps of his garden during the first lockdown to raise money for NHS Charities Together, received tributes from people across the world. Historian Margaret MacMillan spoke on BBC Newsnight about the importance of Captain Sir Tom Moore’s message during times of crisis.

She said: “I remember that when he was interviewed he said ‘well, tomorrow will be better’, and I think that was something that people need to hear.

“And I think it had resonance because of British history and because he’d been in World War II.”

Ms MacMillan added: “He somewhat represented the quality of persistence at a time, I think, when people were feeling pretty down and the rates of COVID were going up and up and the hospitals where getting overwhelmed […]”

People took to Twitter to pay tribute to the hero who helped make a change during the coronavirus crisis.

One person said: “A hero then a hero now. He showed the world what service really looks like.

“My condolences to his family and friends and fellow servicemen and women.”

Another user added: “Oh so sad. We grieve but also give thanks for the inspiration he gave the world. Coming from the USA.”

The flag at 10 Downing Street was lowered to half-mast in tribute to Sir Tom.

Sir Tom was knighted last year by the Queen at a ceremony at Windsor Castle for his extraordinary fundraising efforts.

The veteran, who had initially set a goal of £1,000, raised more than £32m for the health service.