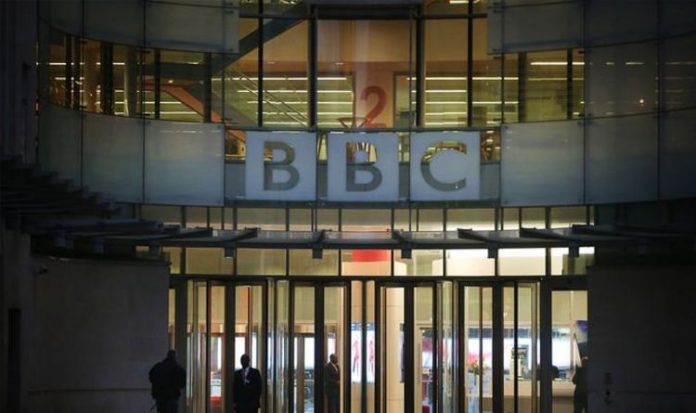 Philip Davies MP lashed out at the BBC after it awarded stars bumper new salaries, but he also accused the broadcaster of bias. He told the Chopper Politics podcast: “It’s not just biased against the Government, it’s also Brexit. The BBC was virtually campaigning to overturn the referendum result. “They still haven’t done one programme exploring the opportunities of Brexit. “This is basically a left wing organisation that is out of touch with the rest of the country.

“They are spending £100million on diversity, the only diversity the BBC needs is people with different opinions, not a metropolitan, left wing, lentil eating, sandal wearing, beard growing outlook.”

Christopher Hope, host of the podcast and a journalist at the Telegraph, added: “I wouldn’t say campaigning but they certainly saw Brexit as a problem to be solved rather than an opportunity to be grasped.”

Mr Davies, MP for Shipley and member of the Culture Committee, hit out at the salaries being offered to stars.

Pay rises for some come after five million people in the UK lost their free licence fee.

The BBC decided to end the free licence fee for over 75’s, saying the new scheme is “the fairest decision”.

However, the Government said it was “the wrong decision” and Age UK called it “a kick in the teeth”.

Mr Davies also claimed the extra money on wages is a waste.

He said: “I think most people will be horrified that as the BBC are ending TV licenses for the over 75s, they have been able to afford such a large pay rise for their stars.

“It seems on the face of it that Zoe Ball has got £1m extra for losing a million viewers.

“Gary Lineker is being trumpeted because he has had a pay cut from £1.7m to £1.3m as if that’s a triumph for the license payer.

“His salary alone would pay for every over 75 tv license in my constituency.”

Meanwhile, a former BBC board member called the prospect of Lord Moore taking on the role as “a bad joke”.