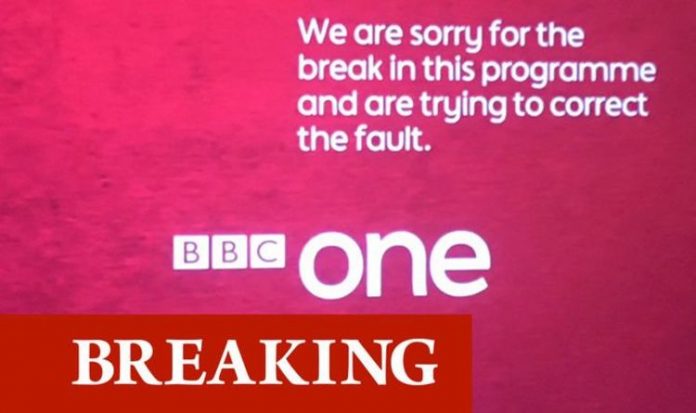 The channel was forced to issue an apology after the documentary suddenly stopped.

Viwers turning into BBC One were left with an error message on screen which read: “We are sorry for the break in this programme and are trying to correct the fault.”

The channel’s announcer said “We are having quite a night of it”.

“We are working very hard to get our programmes back on air.”

Several others took to Twitter to mock the BBC and the technical fault is was suffering.

One person wrote: Why is the telly so much more interesting when something goes wrong.

“A mouse has nibbled the BBC one cables by the looks of it.”

A second said: “BBC One is broken and this is honestly the best live TV I’ve had in weeks, listening to the voice over guy panic whilst updating everyone.”

Another person tweeted: “This is the most excitement I’ve had all week.

A fourth commented: “BBC One has fallen over.

“It has been like this for more than five minutes.”

Another person joked: “BBC One’s new drama has got me GRIPPED.”