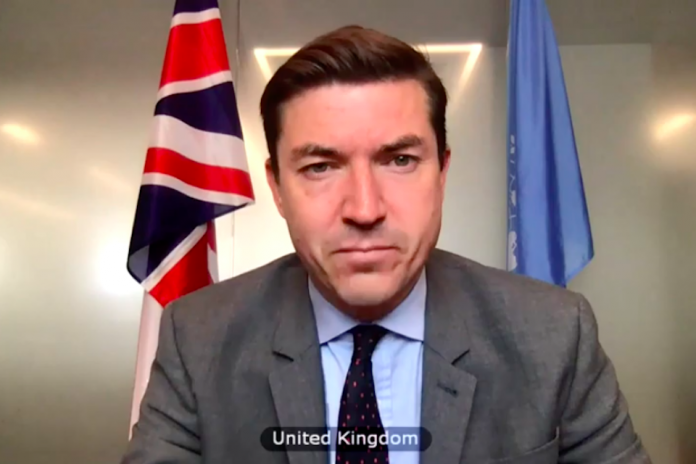 Many thanks, Madam President, and I would like to join others in thanking all our briefers for their contributions today.

I would also like to pay tribute to the forces of the G5 Sahel, to UN peacekeepers serving in MINUSMA, and to international troops deployed in Operation Barkhane and to all those working to bring peace and security to the people of the Sahel. The UK’s own deployment to MINUSMA has begun, and we look forward to contributing to the protection of civilians and progress towards long-term and sustainable peace.

Sadly, since we last met, the security situation in the Sahel has continued to deteriorate. The region has suffered from a number of deadly attacks on civilians and military personnel, including attacks on MINUSMA. People across the Sahel continue to suffer from violence, illicit trafficking and food insecurity, which drive displacement and increase humanitarian need.

Madam President, against this challenging backdrop, we commend G5 Sahel member states for increasing their operational capability and effectiveness against those forces who seek to destabilise the region.

We would welcome more detail on the Forces’ measures of success beyond operational reporting. This includes an update on how the G5 Sahel force is working with the UN country team to create an enabling environment for development and for monitoring the return of national armed forces and local authorities. We believe that governance, sustainable development and peacebuilding are the building blocks for stability in the Sahel.

Regional efforts to address the problems of the Sahel are also a cause for optimism. We note ECOWAS’s pledge of $1 billion to fight terrorism and the AU’s forthcoming deployment of 3,000 troops to complement the efforts of the Joint Force. We continue to encourage all partners who have committed to support the Joint Force to fulfill those commitments.

Madam President, as others have said today, there can be no sustainable peace and security in the Sahel without the protection and promotion of human rights and compliance with international humanitarian law. As we have said before, all G5 governments must ensure that any allegations of violations committed by their security forces are thoroughly and transparently investigated and that all perpetrators are brought to justice. This is essential not only to prevent human suffering, but to prevent impunity, strengthen the social contract between citizens and state, and avoid creating grievances that fuel further violence.

MINUSMA’s support to the Joint Force hinges on full compliance with the UN’s human rights due diligence policy. We strongly encourage the force to implement all risk mitigating measures without delay, and we also urge the force to maintain momentum on fully operationalising their own human rights compliance framework.

In conclusion, Madam President, we know that security challenges in the Sahel remain deeply complex and the G5 Sahel Joint Force is a key actor in securing a sustainable, long-term solution. It is important that the force and all other elements of the UN and international response in the region remain coordinated and coherent to maximise their impact. The United Kingdom will continue to play its part, working with the UN, the G5 Sahel states and all our partners across the region in pursuit of peace, stability, sustainable development and justice for the people of the Sahel.