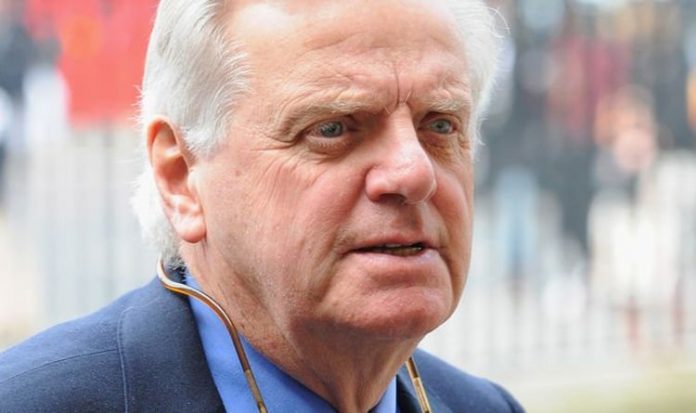 Michael Grade, the former BBC chairman, has blasted his former employer for embarrassing itself over the Rule, Britannia! Proms row. Lord Grade, who led the BBC from 2004 to 2006, issued a withering takedown of the national broadcaster. The Conservative peer said that the decision announced this week to perform Rule, Britannia! and Land of Hope and Glory without lyrics at the Last Night of the Proms was “ridiculous”.

He told Alastair Stewart on talkRADIO: “It demonstrates really how out of touch they are with their core audience.

“There is nothing more designed to upset the core BBC fans, the people who love the Proms, than coming up with this ridiculous idea of not singing the lyrics to Rule, Britannia!

“It just beggars belief. It is idiotic really.”

Stewart remarked that the row showed the BBC was “inept” and “losing its grip”.

Lord Grade added: “I don’t think there is any plausible explanation for dropping the lyrics. It is too woke to be believable frankly.

“It is classic BBC talking to itself and not understanding the public mood and attitude.”

In an earlier interview with the BBC, Lord Grade warned that the BBC was becoming “too trapped in the Westminster bubble” and has called everything wrong from the referendum to last year’s election.

He told the Today programme that the BBC had proved “they are out of touch with the rest of the country, they have shown that time and again with Brexit coverage.”

Boris Johnson even waded into the row earlier this week by blasting the “cringing embarrassment” over Britain’s history.

The Prime Minister said: “I think it’s time we stopped our cringing embarrassment about our history, about our traditions, and about our culture.

“It’s time we stopped this general fight of self-recrimination and wetness, I wanted to get that off my chest.”

A BBC spokesperson said: “For the avoidance of any doubt, these songs will be sung next year.