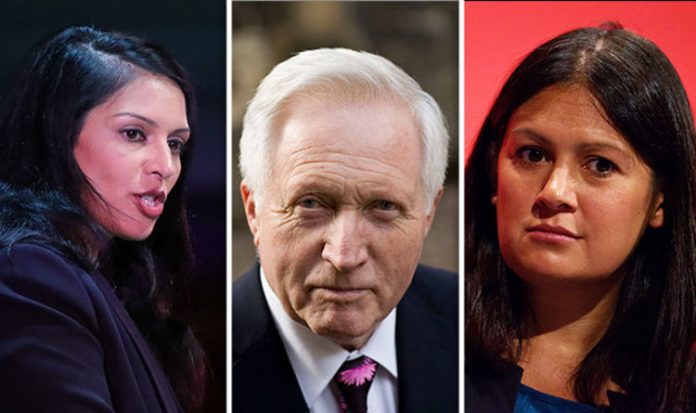 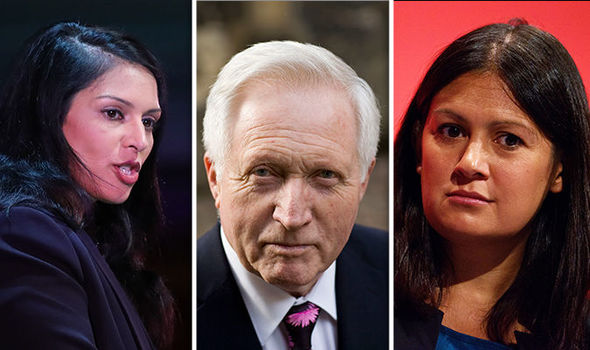 Guests on the show this week include Conservative MP Priti Patel, Labour MP Lisa Nandy and the SNP’s Leader in Westminster, Ian Blackford.

It is likely the programme will discuss the NHS at some point during the show as today marks the health service’s 70th anniversary.

The meeting of Theresa May’s war Cabinet at Chequers tomorrow to discuss the UK’s Brexit position is also likely to feature high on the agenda.

Other topics that may be discussed include the Novichok poisoning in Wiltshire, and whether there should be a one-off national bank holiday if England wins the World Cup.

11:15: The MP from Scotland, who failed to qualify for the World Cup, said we should NOT send a representative to Russia

11:13: Another question has been asked

A member of the audience has asked: “Should the British Government send a representative to the World Cup?”

11:11: The UK will not leave the EU without a deal says a member of the audience

11:07: Carolyn Radford says we need to get behind the Prime Minister and back Theresa May

11:05: The next question asks whether there should be another vote on the terms of Brexit

A member of the audience has said Europe needs us.

11:00: A member of the audience says Priti Patel is talking a lot of sense

A member of the audience has blasted Ian Blackford.

10:58: Priti Patel says we must be more positive about Brexit

10:56: Ian Blackford says it has been a failure of leadership

The SNP MP says: “What a shambles it has been.”

Mr Blackford says there is a real threat we are heading to a no deal scenario.

The politician says both leavers and remainers are angry about the ”complete failure of leadership” from the Conservative government on Brexit.

Ms Radford says she hopes everything will be ironed out at Chequers tomorrow.

10:53: Remoaner Lisa Nandy says we have not made any progress

According to Ms Nandy, the Labour MP, Brexit is dividing our country.

The arch-Brexiteer says Theresa May has been unbelievable clear on Brexit.

Ms Patel says the Conservative Party have been very open about the kind of Brexit the British people will have.

The Brexiteer says the European Commission and their representatives have to start working with the British Government.

Matthew Parris says the UK is at risk of heading for a Brexit deal designed to ”patch up disputes within the Conservative Party”, whilst overlooking wider problems.

10:47: The first question has been asked

Who is Priti Patel?

A former Cabinet minister, Priti Patel was forced to resign from Theresa May’s Government in 2017 over claims she had been dishonest about meetings held on a trip to Israel.

The MP for Witham was a leading figure in the official Vote Leave campaign.

Who is Lisa Nandy?

Lisa Nandy is the MP for Wigan and has formerly served on the front bench for Labour while in opposition.

She served as a shadow minister for Ed Miliband and then as Shadow Energy and Climate Change Secretary to Jeremy Corbyn between 2015 and 2016.

Who is Carolyn Radford?

Carolyn Radford is the CEO of Mansfield Town.

When appointed in 2011 she became English football’s youngest CEO at the age of just 29.

She studied politics at Durham.

Who is Ian Blackford?

Became the Leader of the SNP in Westminster after the 2017 General Election.

Succeeded Charles Kennedy as the MP for Ross, Skye and Lochaber in 2015.

Prior to entering politics Ian Blackford was an investment banker.

Who is Matthew Parris?

Journalist and columnist Matthew Parris writes for the Times and the Spectator.

He was the winner of the Orwell Prize for journalism in 2005.