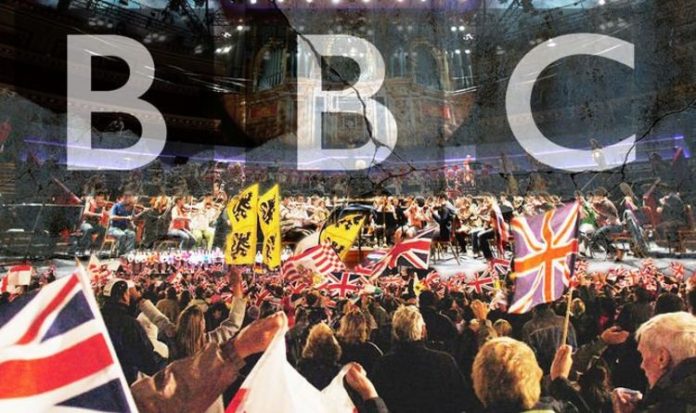 Back in June, protests erupted around the world after African American George Floyd was killed by white police officers in the US The protests also sparked a review into the UK’s colonial history. Several statues and monuments were destroyed in wake of the Black Lives Matter movement.

Slave trader Edward Colston’s statue was removed and thrown into the harbour in Bristol by protesters.

Robert Milligan’s statue was taken down by London authorities and it was announced a review of all the monuments in the capital will be issued.

Sir Winston Churchill’s statue in Whitehall was also vandalised and the words “was a racist” was dubbed on the monument.

Various TV and films, including Gone with the Wind and Little Britain, were also removed from streaming sites.

In June, the Rugby Football Union (RFU) were considering banning the song, Swing Low, Sweet Chariot, from their games for having connections to the slave trade.

The song was reportedly written by Wallace Willis, a Native American who was a slave in the Deep South before the American Civil War.

It’s believed a minister transcribed the words he heard Mr Wallis sing and the African American group, The Jubilee Singers, popularised it as they toured the world.

Now, British anthems such as Rule, Britannia and Land of Hope of Glory could also be axed from the annual Last Night of the Proms following the ongoing movement.

READ MORE: Meghan and Harry are making one crucial issue their main focus

Jan Younghusband, head of BBC music TV commissioning, said: “We have a lot of problems about how many instruments we can have.

“It is hard to know whether it is physically possible to do [Rule, Britannia].

“Some of the traditional tunes, like Jerusalem, are easier to perform… We also don’t know if we’ll be in a worse situation in two weeks’ time.”

Rule, Britannia originates from a poem by James Thomson and became symbolic with the British Empire and Navy in 1745.

The song has been widely criticised for lines such as “Britons never, never, never shall be slaves”, hinting at the nation’s involvement in the slave trade.

Last month, BBC columnist Richard Morrison called for the songs to be axed from the set-list calling them “crudely jingoistic”.

He urged, in the BBC Music Magazine, for organisers to replace the “toe-curling embarrassing anachronistic farrago of nationalistic songs”.

BBC Proms director David Pickard said: “These are challenging times for our nation and the rest of the world, but they show that we need music and the creative industries more than ever.

“We will provide a stimulating and enriching musical summer for both loyal Proms audiences and people discovering the riches we have to offer for the first time.”