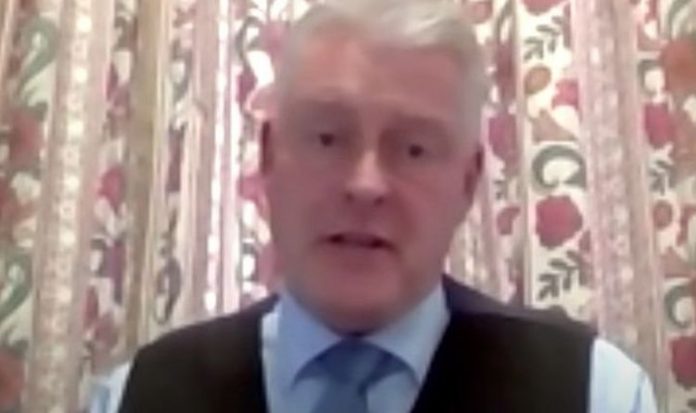 The BBC has “alienated” Brexit voters by making them “feel stupid”, according to a furious critic. ‘Red wall’ Conservative MP Lee Anderson spoke to campaign group, ‘Defund the BBC’, about the future of the broadcaster. He warned that people in areas like his constituency Ashfield had been “ripping their TV licenses up” and would continue to do so without a marked change.

Mr Anderson told viewers: “So I would say that my own feelings and my own views on Brexit on the BBC are pretty much representative of my area.

“So what I’m saying to you and what I say normally to my social media or through any media outlet is actually what my constituents are thinking.

“In relation to Brexit, it’s no secret that over the past four or five years the BBC have probably done everything in their power to to alienate the Leave supporters in my area.”

He continued: “They’ve made them feel stupid, they’ve accused them of being thick, racist and not knowing what they voted for.

“So that same constant narrative over the past four or five years has done nothing but harm actually to the BBC.

“I don’t know what they’re playing at because, let me tell you, people are switching off in their droves.

“They’re ripping their TV licenses up, I’ve cancelled mine, I won’t be paying another penny to the BBC. As far as I’m concerned they can take a running jump.”

The future of the BBC’s licence fee is hanging in the balance as dodging the cost could be decriminalised soon.

Currently failing to pay your TV licence can land you with a £1,000 fine.

It is a criminal offence to watch live TV or use BBC iPlayer unless you have a valid TV licence.

Fee dodgers could also be prosecuted for jail time but under new Government plans the penalty for evasion will be changed to fines that will be enforceable in civil courts.