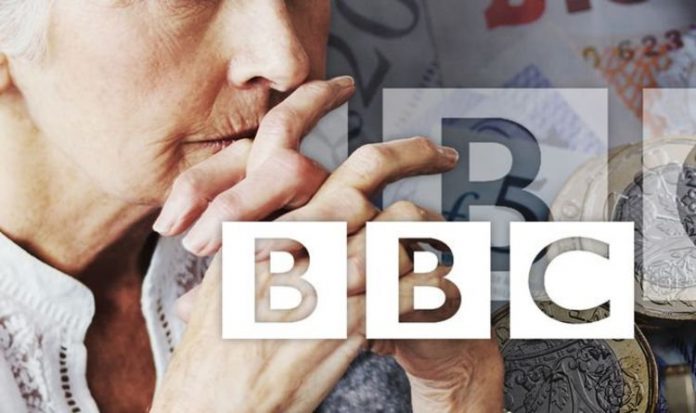 Free BBC TV licences finally drew to a close for over-75s across the UK at the start of August. Britain’s biggest campaign group for older people, the National Pensioners Convention (NPC), are continuing to rail against the decision. General Secretary Jan Shortt warned Express.co.uk that over 50,000 pensioners were now at risk of falling into poverty.

She said: “I think for us it’s a very worrying time for those people over 75.

“Some of them are the most vulnerable citizens in the country.

“Some of them haven’t been paying for a TV licence for a number of years.

Ms Shortt continued: “The ones we’re most worried about are the ones that just come in above the threshold of pension credit so they have to pay for everything.

“Their ‘income’, if you like, because they have to pay for everything does fall low their income on pension credit but they get no extra help.

“Age UK reckon just over 50,000 of these people will now fall into poverty because of having to find that extra money.

“So they either have to find the extra money to keep watching TV or they have to cut back on essentials like food, heating, maybe clothing.”

The original deadline for the grant to be axed was the end of May.

However this was extended due to the outbreak of the coronavirus pandemic.

The BBC argues that it cannot afford to fund all free licences for over-75s and plans to means-test older people by giving it only to those who receive Pension Credit.

The NPC strongly believes the Government, not the BBC, have responsibility for funding the free over 75s licence as part of a wider package of universal pensioner benefits in lieu of a decent state pension.

During the 2019 election, Prime Minister Boris Johnson said it was “crucial” to retain the benefit, however he has made no mention of the issue since.