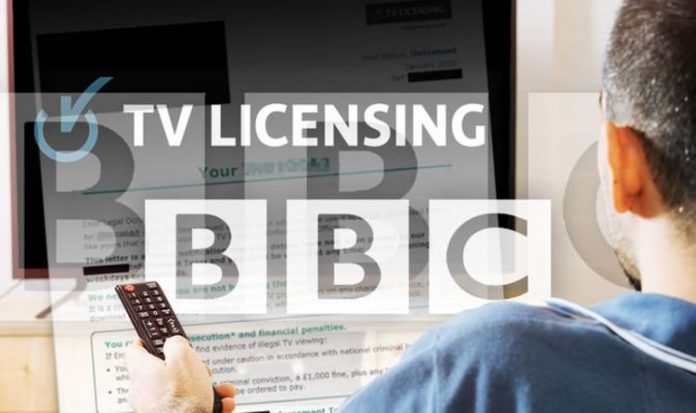 TV licensing officials, who ensure people who watch live TV or BBC iPlayer have a valid licence, are sending letters to vacant properties – even after someone has passed away. In some instances, officials have even visited the house – despite the property being completely empty and on the market.

This happened to Lies-Anne Welply, from Milton Keynes, whose elderly mother passed away last August.

She told Express.co.uk she informed TV Licensing officials of her death the day she died, but was shocked letters were sent to the empty house several weeks later.

Ms Welply said: “It got cancelled and it wasn’t an issue, then very quickly they started sending letters to the house, addressed to the occupier.

“It was constant, every two or three weeks there would be another letter suggesting that it was illegal to watch TV.

“We hadn’t put the TV on and then within a month the TV was gone anyway as we cleared the house.”

She estimates that between 20-25 letters have been sent in total, with the most recent one received several weeks ago.

The sale of her late mother’s property finally completed in July and has been vacant for the past 11 months.

Ms Welply said the most shocking thing was that the Licensing authorities made two visits to the house, to check to see if anybody was watching a TV in the home.

She said: “There were a couple of visits with a note through the door with a date and time saying we visited to see if there was anybody watching the TV.

“I mean really, haven’t you got better things to do?”

She said: “I just really felt it was frustrating because obviously there wasn’t anybody there. No one else was doing this, the electricity, the gas, the council.

“There must be ways that TV licensing people can find out more information about the property if everybody else can and not send a barrage of time-wasting letters.

“It’s a waste of everybody’s time and this is people’s money at the end of the day.”

READ  Gisela Stuart explains why Lords can be reformed but EU can’t: 'I tried and failed' | UK | News (Reports)

She said they did reply straight away, but they were unhelpful and failed to resolve the issue.

He said he informed the registrar of her death on January 3 and filed all the automatic cancellations, including her TV licence.

But despite following the official protocol, TV licensing letters were still continually sent to his late mother’s vacant property.

He said he was surprised to receive the letters, and told this website: “You assume everything is done. Every organisation is notified, that’s what that form is meant to do, relieve you of having to chase every department up.”

Mr Nicoll said the letters were first addressed to her, and then changed to the legal occupier.

READ  Kate Middleton news: Duchess does royal veteran 'out of a job' as she takes on vital role | Royal | News (Reports)

The main issue he had with receiving the vast number of letters, was that it was a blatant waste of time and money.

He said: “Could there be a better use of TV licence money? Yeah. Than chasing up empty properties.”

Other people have also taken to Twitter to vent their fury at similar situations.

One person wrote: “Please could you stop sending threatening letters to my dad’s house.

“My dead dad passed away last October and the house is unoccupied so no licence is required. I have already sent you two letters stating this.”

A TV Licensing spokesperson said: “When TV Licensing is made aware that a licence holder has passed away we update our systems so that future correspondence about the licence will be addressed to the person still living at the address, or if the property is unoccupied letters will be stopped for approximately 12 months.

“TVL prepares mailings in advance, which is why sometimes unfortunately people can receive a further letter after we have been notified of a bereavement.”