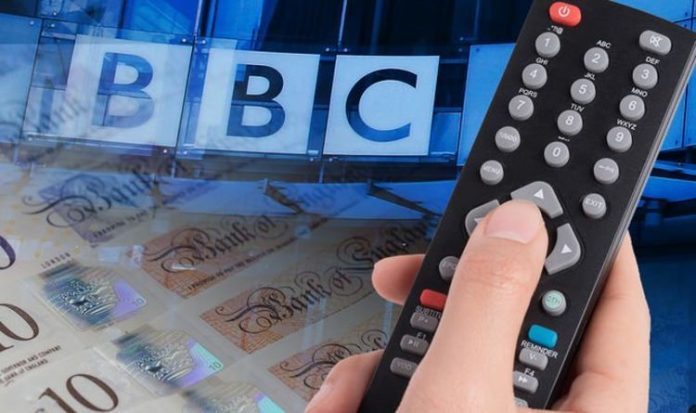 The BBC has spent the cash on sending letters to unlicensed properties during the coronavirus pandemic, according to new data. The actual figure is likely to be much higher than £7million however, as the sum doesn’t include the costs of printing or processing the 26.5 million so-called “threatograms”.

The letters were sent to properties that TV Licensing officials thought do not currently have a valid licence.

Figures show that between March and December 2020, officials sent 26,499,693 letters to those “unlicensed properties”.

The data, obtained by the Daily Mail via a Freedom of Information Request, shows the body spent 27p in postage to send the “standard” letters.

The total cost of posting the millions of letters will therefore total about £7million – without accounting for other costs.

In response to the data, the BBC has been heavily condemned for sending out the letters as the country grapples with the coronavirus crisis.

Other commentators have also lashed out at the corporation, with former Brexit Party MEP Rupert Lowe claiming the BBC has “lost its way” and called for the end of the TV licence.

He told Express.co.uk: “Yet more deplorable behaviour from the BBC.

He said: “This is a huge amount of taxpayers’ money to be spent on bullying BBC letters.

“Hard-pressed households being chased for an ever more expensive TV tax highlights how completely outdated the whole model is.

“It’s time to scrap the licence fee and let the public decide what’s worth paying for.”

Tory MP Peter Bone said: “The BBC are just not in the same world as everyone else.

“They live in their own elite bubble. The last people they care about is the licence fee payer.

“They’re quite happy to pay fortunes to celebrities but they don’t seem to care tuppence about people, many of whom are struggling during this Covid crisis.’

A TV Licensing spokesman said: “We have a responsibility to inform people of changes to their licence and what they are legally required to do if they are not licensed and letters are a cost effective way of doing this, generating more revenue than they cost to send.”