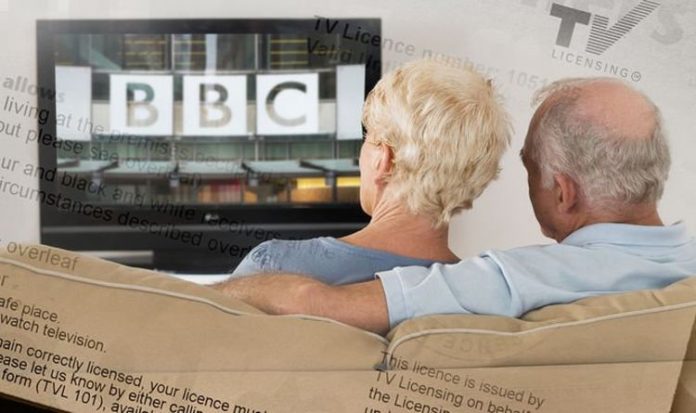 Free BBC TV licences finally drew to a close for most over-75s across the UK at the start of August. However, those who are over 75 and claim Pension Credit, can still get a free TV licence, as agreed by the national broadcaster and the UK Government. The replacement scheme has major flaws with it though, according to National Pensioners Convention General Secretary Jan Shortt who told Express.co.uk the deal was “absolute rubbish”.

She said: “You have to look at the agreement between the Government and the BBC, which was quite spurious in one way because it was done behind closed doors.

“If you go onto the Digital, Culture, Media and Sport Committee website and see their committee reports, you’ll see that they are equally critical of the BBC and of the Government.

“The minutes that came out of that meeting either didn’t exist, and therefore were wrong, or they both got it wrong.

“We come back to the fact that the Government should never have taken legislation as a way of making the BBC pay for an universal entitlement for older people.”

Ms Shortt added: “That is supposed to be paid to us in lieu of a basic state pension. It’s absolute rubbish.

“It’s the bottom of the league table in the economically developed world. That should be a shame to them.”

The General Secretary went on to explain why the Pension Credit exemption from the free licence removal was not enough to stem the impact.

The tax-free means-tested benefit is aimed at retired people on low incomes.

She added: “This started off as an argument about younger people paying the BBC although now we know they don’t necessarily watch TV.

“The next argument was why should wealthy pensioners have it? If you want to sort out the wealthy from the poor, then all you had to do was look at the tax system.

“Those paying tax can probably afford a TV licence, those not, can’t.

“6.6 million pensioners at the moment don’t pay tax because their income isn’t enough.

“So there’s ways and means that it could have been done in a much fairer and more appropriate manner.”