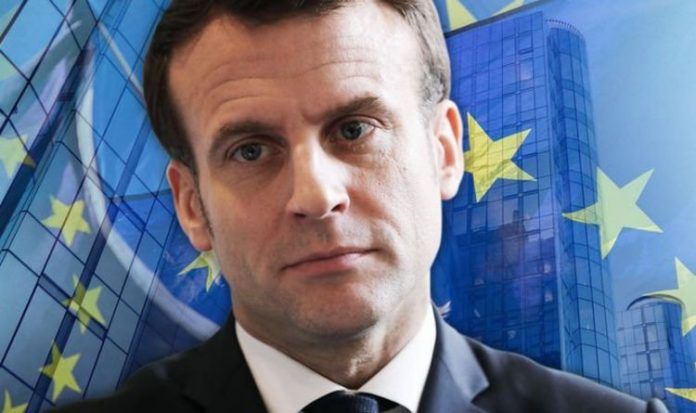 Political commentator Harry Cole argued leaked documents that showed the UK Government preparing for a no deal Brexit scenario has changed the atmosphere between the UK and EU. While speaking on TalkRadio he said that leaking of these documents puts pressure on both sides to agree a good trade deal. He added this will have highlighted French President Emmanuel Macron’s need to make adequate preparations also, if France expects to have smooth transport of goods at major ports after the end of the transition period.

Mr Cole said: “If this document is considering the possibility of what might happen in a no deal Brexit it heaps pressure on both sides.

“It puts pressure on the divide in Brussels and particularly on France.

“This is because of the way they are connected in Dover and Calais.

“It pressures the EU to actually sort this out and get a deal and make sure this sort of thing doesn’t happen.

“If a no deal Brexit did happen the idea that it is just us that is going to be affected by it is also nonsense.”

Mr Cole dismissed the claims that the Government was looking at ways to reverse Brexit and stop it from happening.

He said: “Absolutely not, all you have to do is listen to any of the public statements from David Frost, Michael Gove or Boris Johnson.

“They are all making it very clear.

CAN’T SEE THE POLL ABOVE? CLICK HERE TO OPEN IN YOUR BROWSER

Mr Cole reflected on the growing pressure on Boris Johnson’s Government to prepare for any eventuality.

He said: “It is not like last time where the Remainer Parliament was able to highjack things and force Boris Johnson to ask for an extension.

“All those games are gone now and I don’t miss those days.

“It is written into law so if nothing happens now, no agreement is forged, on 1st of January trade barriers will go up, tariffs will go up and we will trade on World Trade Organisation rules.”

It comes amid leaked documents which suggest the Cabinet has drawn up emergency plans to protect the UK in the event of a no deal Brexit coinciding with a second wave of coronavirus.