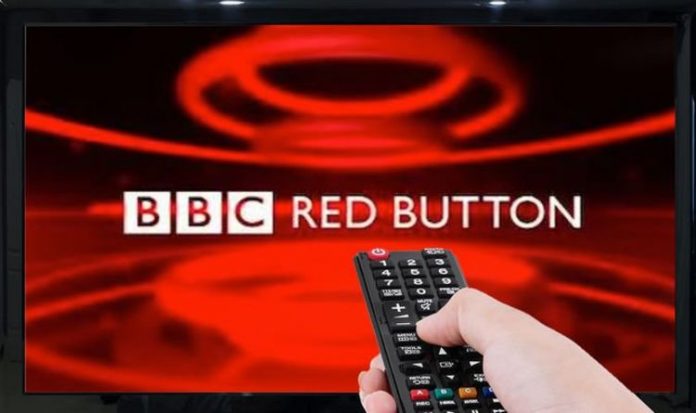 Last November, the broadcaster announced plans to remove the text and data element of the Red Button service but moves were halted in January. Red Button is used for digital interactive television services provided by the BBC.

Critics raised concerns the removal of the services would have a detrimental affect on the elderly and vulnerable people, leaving them “further isolated and marginalised from society”.

But now the BBC has announced plans to keep local, national and international news, the main sport headlines, stories, fixtures and results, as well as weather forecasts on the service.

Last year, it was revealed the corporation spends more than £290million on its online and Red Button services.

This figure is enough to pay for £1.9million licences fees for the over-75s – whose free licences were scrapped by the BBC earlier this year.

Dan Taylor-Witt, director of product for BBC iPlayer and BBC Sounds, said: “I’m pleased to let you know that we have found a way to keep the most valued text and data elements of the Red Button service.

“To enable the continuation of the most valued text and data elements of the service, we are having to find ways to reduce cost and complexity elsewhere.”

Changes are expected to take place from mid-2021 and will no longer include Lottery results and regional sports pages.

The BBC has faced criticism over recent weeks (Image: Getty)

Back in January, MP Damian Collins said: “People have expressed their concern that the closure of Red Button text service could negatively affect elderly people and people with disabilities.

“These are issues which I feels [sic] deserve to be explored in more depth… so we have decided to suspend its closure pending further work in that area.”

The BBC has come under fired over recent months after scrapping free TV licences for most over-75s.

The Defund The BBC campaign called out the corporation claiming the new measures could open the door for scammers.

“I think if that’s how people under-75s feel then how do the over-75s feel about these threatening letters and fear of somebody turning up on their doorstep?

“I think it opens them up to scammers.

BBC has faced a barrage of criticism (Image: Getty)

“You hear of scammers turning up of people’s doorsteps forcing their way into old people’s homes.

“I would love to see them go back on that.

“If they are supposed to be a public service broadcaster, they must be held to account to provide an actual public service and I think that’s the key part of it.”

As of August 1, three million households will now be forced to pay the mandatory £157.50 for a colour licence and £57 for a black and white licence.

Those who receive pension credit benefit and are aged over 75 will be eligible for a free licence.