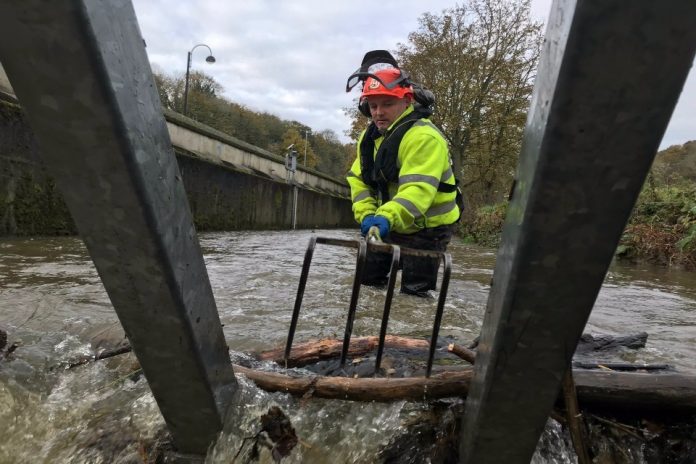 The awareness campaign is aimed at providing essential advice about what people should do if they live in an area at risk of flooding.

It’s especially hoping to encourage those who live in areas at risk of flooding, but who have not experienced flooding before, to take action now to protect their home, possessions and family from the devastating effect of flooding in the future.

Over 5 million homes are at risk of flooding in England alone, the average cost of flooding to a home is £30k and the mental health-impacts are long-lasting.

The campaign – called Prepare. Act. Survive. – advises those in flood risk areas to create their own simple flood plan.

How many times have you heard those infamous words being spoken by your friends, family or even by yourself saying ‘…it won’t happen to me’.

Flooding is one of the worst circumstances that many people will experience during their lifetime. Being flooded not only impacts on homes, livelihoods and day-to-day lives but the impacts can have a long lasting effect on people’s overall mental health and wellbeing.

Flood Action Week is a vital way for the Environment Agency to shine a spotlight upon the issue of flooding, and to highlight the important ways residents, business owners and communities can prepare for severe weather conditions that can be caused by seasonality or the effects of climate change.

If people are to do just one or two things during Flood Action Week then I’d urge everyone to find out if they are at risk of flooding and if so, prepare a simple flood plan as this could not only be a lifesaver but could also guide people during a time of crisis.

One person who knows all about the importance of Flood Action Week is local flood warden and County Councillor for Prudhoe South, Gordon Stewart.

Mr Stewart has recently become a Prudhoe flood warden, joining forces with seven other volunteers in the area. He also experienced flooding first-hand when his daughter was evacuated back in 2012, after a culvert collapsed in Newcastle upon Tyne, during severe weather conditions.

Gordon talks about the attraction of becoming a flood warden. He said:

I want to help our local community to prepare for any possible flooding, and to prevent the loss of life and property.

Gordon, who was born and brought up in Northumberland, has been a County Councillor with Northumberland County Council for over three and a half years, and in this time he has championed a number of local projects including the reopening of the Riverside Café in Prudhoe after it was flooded during Storm Desmond.

The charity-run café plays an important role in the community by providing a safe environment for adults with additional needs to work and enjoy their independence. Gordon said:

Historically some areas of Northumberland have always been susceptible to flooding due to their proximity to rivers or other water courses. This is still the case but with high rainfall now more often, this has to be taken into account.

The current number of regional flood wardens stands at over 160. They are part of 42 flood groups across Durham and Darlington, Cleveland and Northumberland.

The North East has a beautiful array of different rivers including the Coquet, Derwent, Gaunless, Pont, Rede, Skerne, Tyne, Tweed, Wear, and Tees but during bad weather conditions the Environment Agency monitors the potential for flood risk, which includes fluvial flooding.

There is also increased risk in urban areas from surface water and groundwater flooding caused by the effects of climate change.

In many areas at risk in the region there are flood alleviation schemes in place, which include a variety of different measures ranging from debris screens, flood walls and embankments, temporary flood barriers through to a dam, which is the case at Mitford near to Morpeth in Northumberland, and natural flood management solutions.

The Environment Agency is currently building new or improved flood defences in many locations, including Ponteland, Corbridge, Hexham, Acomb, Stokesley, Middlesbrough and Yarm.

These works form part of the current 6 year capital investment programme which has seen government funding of £2.6bn to better protect 300,000 homes from flooding and coastal erosion between 2015 and 2021.
Beyond 2021 record government investment of £5.2bn has been announced. This will better protect 336,000 properties, through the creation of around 2,000 new flood and coastal defences, in England by 2027.

During Flood Action Week the Environment Agency is urging people to download an action pack that will help them prepare their simple flood plan ahead of the seasonal bad weather conditions. 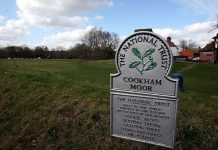