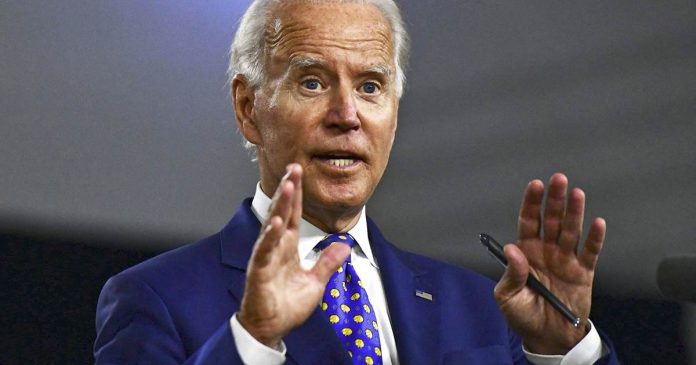 Joe Biden will not travel to Milwaukee to formally accept the Democratic 2020 presidential nomination at his party’s convention due to concerns over the coronavirus pandemic, the Democratic National Committee said Wednesday.

Biden will accept his nomination virtually from his home state of Delaware, the DNC said. The other scheduled speakers, including Biden’s eventual running mate, will now address the convention, remotely as well, the committee said — a move that, in effect, makes the event all virtual.

“From the very beginning of this pandemic, we put the health and safety of the American people first. We followed the science, listened to doctors and public health experts, and we continued making adjustments to our plans in order to protect lives. That’s the kind of steady and responsible leadership America deserves. And that’s the leadership Joe Biden will bring to the White House,” said DNC Chair Tom Perez.

Perez said that the decision to make the Aug. 17-20 convention all-virtual came after “ongoing consultation with public health officials and experts” who he said “underscored the worsening coronavirus pandemic.”

The change in plans marks an even more significantly scaled-down convention amid the raging outbreak. The announcement comes just weeks after the DNC said Biden had planned to accept the nomination, but that the rest of the event would be nearly all virtual.

In late June, the DNC had said publicly that delegates were being told to stay home because of COVID-19 concerns but that Biden would accept the nomination in person in Milwaukee.

More than 158,000 Americans have died of COVID-19, while there have been nearly 4.8 million confirmed cases of the virus in the U.S.

Wisconsin has seen a steady rise in confirmed cases since July.

Perez reiterated that the convention will showcase just two hours of programming each of its four nights, from 9 p.m. to 11 p.m. ET. He said the committee had built “a custom virtual video control room” to “take in hundreds of feeds from around the country.”

The DNC had initially planned to have its convention in July in Milwaukee, but it was postponed until August because of COVID-19 to give planners more time to determine how to proceed.

Wisconsin, which Trump won by a slim margin in 2016, is a key battleground state for the Democrats to win in November. At the convention, Democrats will officially nominate Biden as their candidate.

Adam Edelman is a political reporter for NBC News.