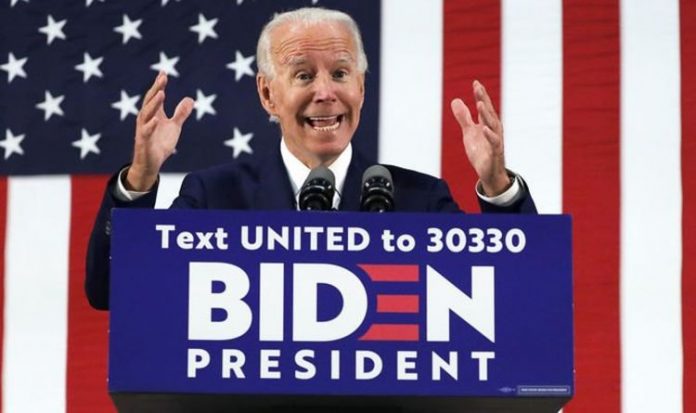 It could be worth tens of billions of pounds. Britain and the US have been in talks over a new trading alliance for more than a year. A senior Biden aide yesterday vowed that Brexit Britain would remain a “significant ally” of the US, insisting there is “a lot of work to do together”. As President-elect Biden celebrated with his family in Wilmington, Delaware, Mr Johnson said significant progress had already been made.

“I think that there is far more that unites the Government of this country and government in Washington any time, any stage, than divides us,” he added.

“I’m a keen student of the United States’s trade policy and they’re tough negotiations. And I’ve never believed that this was going to be something that was going to be a complete pushover under any US administration.

“I think there’s a good chance we’ll do something.”

International Trade Secretary Liz Truss and her team “have made a huge amount of progress”.

A significant chunk of any deal could boost the creation of “hundreds of thousands of jobs” in the green sector.

“I think now with President-elect Biden in the White House in Washington, we have the real prospect of American global leadership in tackling climate change.”

The £450billion benefit from a US deal would come from the end of tariffs and extra trade.

Britain has already struck a £15billion trade agreement with Japan and similar deals are in the pipeline with Australia, New Zealand and Canada.

Fears that Mr Johnson’s relationship with the new President wouldn’t be as warm as with his predecessor were dismissed yesterday by a key Biden ally.

Senator Chris Coons tipped to become Secretary of State, insisted there were “significant and enduring” ties between the countries and a lot of important work to do.

“We’ve got more to do together than we could possibly do apart and I think those enduring and tectonic forces will bring us together fairly quickly,” he told the BBC’s Andrew Marr.

Asked if Brexit would make the UK a less useful ally to America, he said: “That is not a view I share.”

He told the Daily Express: “I think Boris Johnson should make it a priority to talk to Biden as soon as the situation is clarified and I think a free trade deal ought to be at the top of the agenda.