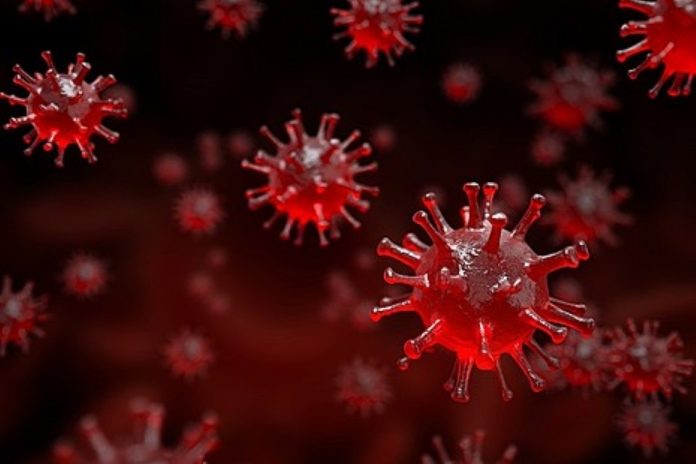 Counter-Terrorism Policing have made a formal request for a six-month extension of section 24 of the Coronavirus Act 2020 and I have discussed this with them. Whether this is accepted is a matter for government, who if they accepted it would do so by laying a new statutory instrument and explanatory memorandum before Parliament. This note is to inform Parliament if the government decides to accept the request made by Counter-Terrorism Policing.

In March 2020 Parliament passed a Coronavirus Act in order to provide various emergency measures to help deal with the Covid-19 pandemic. Section 24 of the Act enabled the Secretary of State to make regulations allowing the police to keep fingerprints and DNA profiles for six months on grounds of national security when there was no other statutory basis for keeping these biometrics. The police can do so without carrying out a detailed review of the risk posed by an individual nor the making of a National Security Determination (NSD) by a chief officer. I commented on the section 24 provision at the time (see: Commissioner’s response to Coronavirus Bill amendment).

The Act includes the possibility that, with the approval of Parliament, the initial six month period could be extended for a further six months, making twelve months in total. Counter-Terrorism Policing has formally requested such an extension.

In my earlier comments I said that I would produce a report examining the use made and consequences of the section 24 power before Parliament considered an extension.

The regulations issued by way of section 24 allow the police to keep fingerprints and DNA profiles for sixth months without a risk assessment both for newly taken biometrics, whether taken during a national security-related criminal investigation or taken under Schedule 8 of the Terrorism Act 2000 during a port stop (and equivalent Northern Ireland legislation), but also to extend by sixth months previous National Security Determinations that, after two years, would ordinarily require a new NSD for continuing retention. For a detailed account of this process see chapter 4 in the Annual Report by the Commissioner for the Retention and Use of Biometrics, 2019.

The power originally granted by the Protection of Freedoms Act 2012 (PoFA) to allow chief officers of police to make NSDs was a significant one. It allows for the keeping of biometrics for national security reasons where no other statutory power to do so exists and where the subject of the NSD is not informed of the retention, which removes any opportunity for that person to redress any grievance by challenging the determination. Because of this unusual aspect of the making of NSDs, PoFA requires that the Biometrics Commissioner must examine each NSD made and if it does not meet the necessary legal requirements, to order the deletion of those biometrics. Section 24 of the Coronavirus Act 2020 removes, in the short run, the requirement to make an NSD and as a corollary removes my oversight of each individual case.

The regulations issued under section 24 of the Coronavirus Act only apply to fingerprints and DNA profiles that could be considered under PoFA for the granting of an NSD. PoFA does not cover other biometrics held by the police, in particular the facial images database currently held on the Police National Database. Because other biometrics are not covered by PoFA the governance covering their retention by the police for national security or other purposes is much looser than for fingerprints or DNA. (See Annual Report by the Commissioner for the Retention and Use of Biometrics, 2019., paras 167-172)

The PoFA process and the effects of the Coronavirus Act

Normally possible NSD cases are triaged to decide whether a case for an NSD should be put to a chief officer, or in the case of an existing NSD whether a case for a further renewal should be made. This preparatory work is carried out within a unit of the Counter-Terrorism Command for England and Wales or by Police Scotland or in the case of Northern Ireland by the Police Service of Northern Ireland (PSNI). NSD cases are based on information provided by police forces and partner agencies, including the Security Service. These specialist police teams and those providing information to them have had significant disruption because of Covid-19, both directly because of infections and as a result of government measures taken to control the spread of the virus. Those involved in this work require specialist training and security clearance and therefore could not be replaced easily or quickly increased in number.

This has meant, as was suggested when the Coronavirus Act was passed, that the number of cases which would normally have led to an NSD decision could not all be processed in time before the biometrics would fall to be deleted. This is despite the reduction in international travel which has reduced possible NSDs coming from port stops carried out under Schedule 7 of the Terrorism Act 2000. Without the action taken in the Coronavirus Act there was a risk that some biometrics that would normally have been retained under an NSD would have been lost leaving a gap in our counter terrorism defenses.

The impact of the Coronavirus Act measures from 2 April until 3 September 2020 is set out in the table below.

What the table shows is the effect of COVID-19 on the consideration of NSDs would have led to a very significant loss of biometrics held by the police for reasons of national security and which could not have been retained under any other lawful power. The power granted under section 24 has prevented this happening and no biometrics which could have been considered for an NSD have been lost during this period. What is not possible to say is how important (in terms of the risks presented by the person involved) were those biometrics that were retained under the section 24 power because in these cases a full risk assessment was not completed. By the same token, nor is it possible to say how many of those same biometrics would have been judged as not meeting the legal test for an NSD to be made.

The effect of section 24, therefore, was to retain biometric information that may be of national security value but at the cost of keeping some biometrics which may prove to be neither necessary nor proportionate to retain. National security was given emergency and temporary priority over individual rights when Parliament passed section 24 of the Coronavirus Act. This was not the intention of the Protection of Freedoms Act 2012 and for that reason the Coronavirus Act, as it effected police retention of biometric material, must be regarded as an emergency and temporary measure justified by Parliament in the face of a new pandemic whose effects were largely unknown at the time. For that reason, I assume Parliament kept to itself the power to extend section 24 but then only for a further six months.

The request for an extension of section 24

The question now is whether the circumstances still exist to justify extending section 24 for a further and final six months, as Counter-Terrorism Policing has requested? That is a question for Parliament but as the Biometrics Commissioner I feel that I ought to summarise the factors that need to be weighed.

First, whilst we know more about the pathology of Covid-19 that we did in March this year but there remain significant uncertainties, including whether any of the vaccines under development will provide general immunity. Secondly, the present evidence suggests we may face a resurgence of Covid-19 infections during the next six months. Both are important because they will frame the way in which the government acts to control the pandemic over the same period. These uncertainties mean that we cannot predict whether the police will lose biometrics that should be kept in the interests of national security without an extension of section 24 powers. We are in no different position in this regard than we were in March. In addition, I have seen no evidence to suggest that the threats that retaining biometrics for reasons of national security was designed to deal with have diminished or are likely to do so in the next six months.

The interference in individual rights involved in the use of section 24 raises the question of whether the police have been judicious in their use of the power? On that question we do have some evidence. As can be seen in the Table, since March the police have continued to make some NSDs in the normal way required by PoFA and I have overseen these NSDs. Only when resources or time limitations meant that the police might lose biometrics have they resorted to section 24. I am assured by the Counter-Terrorism Command that this judicious approach will continue if the power is extended for a further six months.

One of the factors that created the problem that section 24 sought to address, was the very limited pool of police officers who could prepare the NSD cases for chief officers to consider. The limited number of trained staff to prepare proposals has been the most acute bottleneck in the NSD process. The Metropolitan Police inform me that they intend over the next six months to recruit, train and vet a further group of officers for this task in order to provide more resilience to deal with the continuing effects of Covid-19. Building resilience across the police and partner agencies is essential since Parliament made clear that the emergency legislation should have a time-limited life of twelve months.

The decision as to whether there should be a further extension to statutory retention deadlines for biometrics undersection 24 is for government and Parliament. As Biometrics Commissioner, I supported the original section 24 proposal and I believe that the same factors are still in play now as were then and, therefore, I support the Counter-Terrorism Policing’s request for a further and final six month extension.

Further reporting on the effects of the Coronavirus Act

I leave office in December and it will be for my successor as Commissioner to report more fully on the use and consequences of section 24 whenever that power comes to an end. One effect, if a continued use of section 24 is granted, will be to create a spike in NSD cases as the sixth month authorisation term comes to an end, combined with new cases entering the system. By then the police and their partners in the NSD process should have put in place resilience to be able to handle this. However, there is only one Biometrics Commissioner and the power to be the final arbitrator in the process is personal to the appointee and can’t be delegated. The fact that the Home Office intends to appoint a joint Biometrics Commissioner/Camera Commissioner means that this case load will sorely test my successor. Before I leave, I will discuss with the Counter-Terrorism Command what can be done to mitigate this risk. 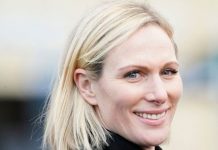 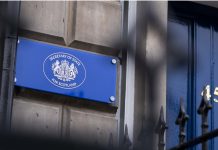 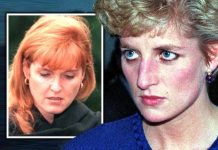