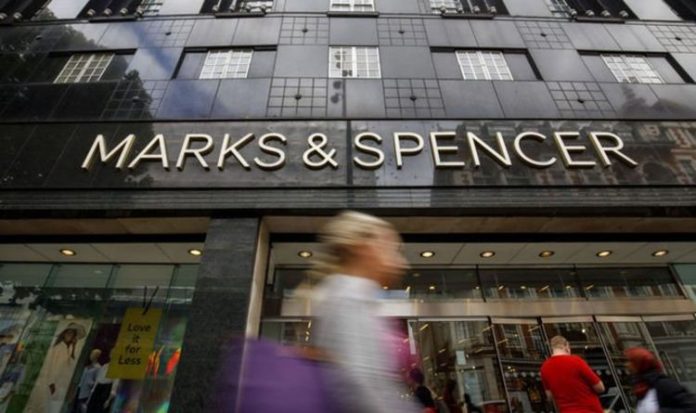 Marks & Spencer became the latest victim of the pandemic fallout by announcing it is shedding 7,000 staff over the next three months. Retail experts, campaigners and MPs fear store closures announced in the wake of the COVID-19 crisis could merely be the tip of the iceberg. The nationwide lockdown imposed because of the virus led to a massive plunge in footfall, accelerating the shift to online shopping.

M&S said the bulk of the cuts would be made across its stores, hitting around 12 percent of its 60,000 shop-based staff, as well as a smaller number of support centre and regional management workers.

It is the latest blow to the retail industry, which is the UK’s largest private sector employer.

It has more than three million workers, representing nine percent of all jobs.

There are growing calls for a targeted support scheme amid concerns the Government’s current action will not be enough to save jobs or struggling stores.

The furlough system ends in October.

And while it is followed by a back to work bonus – offering firms £1,000 for each furloughed employee they retain – there are fears there will still be thousands more retail jobs axed.

Chancellor Rishi Sunak unveiled his Plan for Jobs in the summer statement alongside a 15 percent cut in VAT for certain sectors, to add to the 100 percent business rates relief already available for eligible businesses.

The business rates scheme is due to end next April and leading figures in the industry have called on the Government to urgently overhaul the tax.

Experts warn up to 300,000 retail jobs – one in 10 – will go as a result of coronavirus “significantly accelerating” changes that were already happening anyway.

Richard Lim, of analysts Retail Economics, said: “The reality is that many more retailers will fail and the number of job losses will ramp up as Government support is withdrawn. This is the calm before the storm.”

Helen Dickinson, the chief executive of the British Retail Consortium, said: “Coronavirus is continuing to have a devastating effect on many retail businesses, with shopping malls and town centre shops suffering significantly lower footfall.

“Government must ensure a more sustainable long-term tax system, avoiding the cliff edge of the end of the business rates discount in April.

“Without action, the recent job losses we’ve seen across the industry will be just the tip of the iceberg.”

Alex Schlagman, the founder of campaign group Save The High Street, called on the Government to provide support for “a new generation of local entrepreneurs” to fill the empty units being left by M&S and other national chains.

He called for rent-free periods and flexible term agreements to help get new businesses going.

He said: “To save the high street we will need to get the right businesses in the right places doing the right things.”

Labour has called for a Hospitality and High Streets Fightback Fund to protect jobs and help struggling firms.

It believes an underspend in coronavirus business grant schemes could be used to unlock significant funds for local areas to target help for those in particular distress, including restaurants and retailers.

Lucy Powell, the shadow minister for business and consumers, said that the M&S job losses are “devastating for the workers involved yet they also tell a much bigger story about the threat to high streets”.

Shopworkers’ union Usdaw called for a “fundamental reform of business rates” alongside “an immediate and comprehensive review of rental values and lease arrangements.

The union’s national officer David Gill said of the latest cuts: “This job loss announcement is yet another blow for M&S staff and another bombshell for our high streets. The Government has a clear choice – do they want to see the high street go to the wall, or do they want to help save it?”

In May M&S chief executive Steve Rowe revealed plans for a restructure, warning some shopper habits had been “changed forever” by the pandemic.

Other big names warning of thousands of jobs going or at risk include Debenhams, WHSmith, John Lewis and Boots.

The Government said last night: “We cannot protect every job but we will do everything we can to help people get through this crisis and back into work. We’ve announced a series of measures to protect, support and create jobs.”