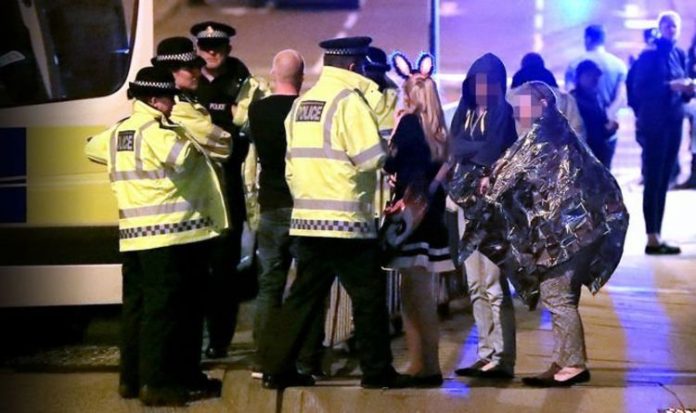 Abedi, 22, handed over the pocket-size book to driver Tariq Nadeem, a public inquiry into the atrocity heard yesterday. Within hours, Abedi had detonated a shrapnel-packed device in a rucksack, murdering 22 people at the end of a Ariana Grande pop concert. Mr Nadeem told the inquiry in Manchester that he picked up Abedi from Piccadilly railway station at about 7.30pm on May 22, 2017. During the journey, Abedi collected the rucksack from his flat.

He recalled Abedi asked him: “Are you a Muslim, brother” as he drove to the first destination, Abedi’s flat at Granby Row in central Manchester.

Mr Nadeem told the inquiry: “The first thing that struck me was, he looked very weak. My first impression was that this was someone who might have some mental health issues or some other health issues.“The way he spoke was someone who was ill or, to be more precise, weak.”

Mr Nadeem said he noticed the rucksack Abedi brought into the taxi from Granby Row was “very heavy” and it appeared he was “carrying it with a degree of difficulty”.

“I said to him, ‘It’s too heavy for you, isn’t it?’ to which he replied, ‘I’m weak aren’t I, brother’.” He said Abedi kept the rucksack on his back all the time, including when he got out to use a cash machine.

Mr Nadeem went on: “As we were driving, he said, ‘Can I give you a gift, brother?’ He then handed me a copy of the pocket Koran. It was used.

“I said thank you. Being Muslim, the Koran is very dear to us. I was very thankful to him and he said, ‘Please pray for me, brother’.”

Mr Nadeem said he had received gifts from customers, but never a Koran. The men swapped names and Abedi said he was called Suleman.

Earlier in the journey, Abedi had given a £5 note to the driver, the inquiry heard.

Mr Nadeem said: “The meter was showing £8 and something. He had already given me £5 and as a gesture of goodwill – because he had given me a gift – I said to him, ‘I’m not taking any more money from you’.”